Help with identifying the species your ants

Lots of flights today after the rain came through. There were so many S. invicta queens running about today that I kinda ignored them entirely.

These three queens though don't appear to be S. invicta. They do appear to possibly be the same species... Queens 1 & 2 were found very nearby each other, but queen 3 was found on the other side of town. My best guess for any of these is a Crematogaster species such as ashmeadi or lineolata based on color and petiole shape. Could be totally off though.

I have a microscope now so much better pictures this time! If you need other angles just let me know.

Collected around 1pm from a concrete path heading on the border between some new developments in southern Cayce and forestland. 8mm. 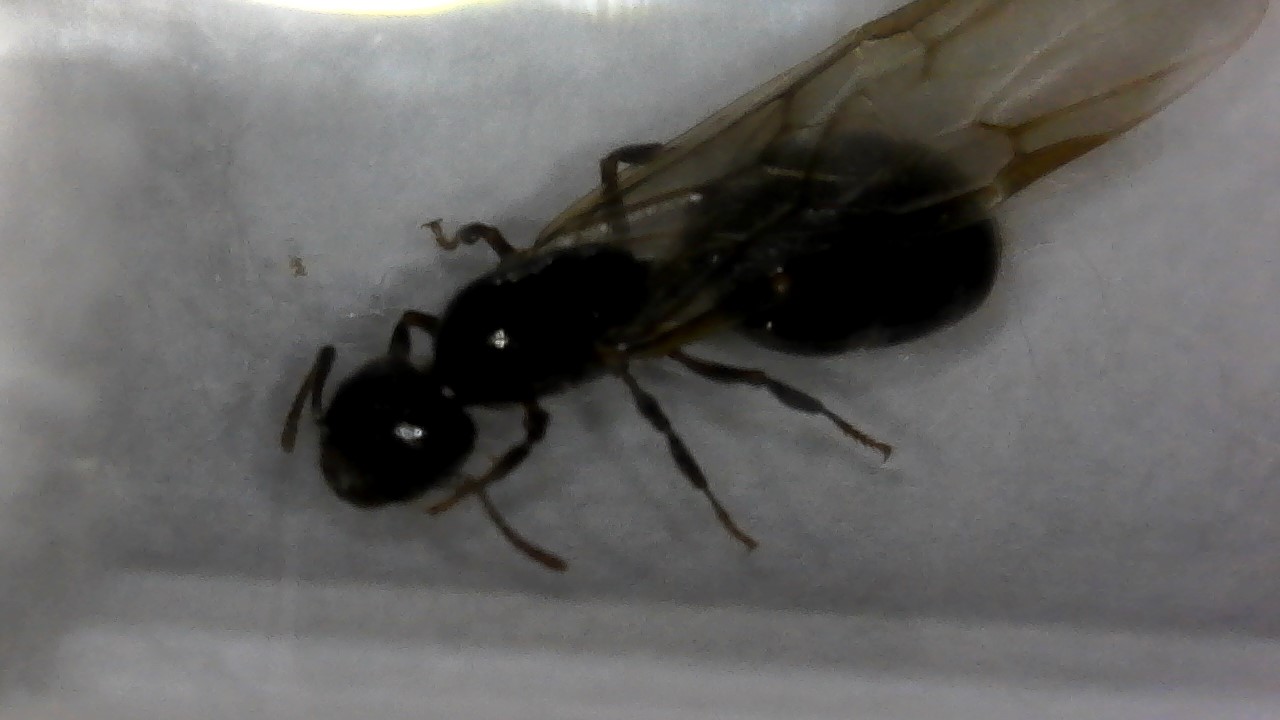 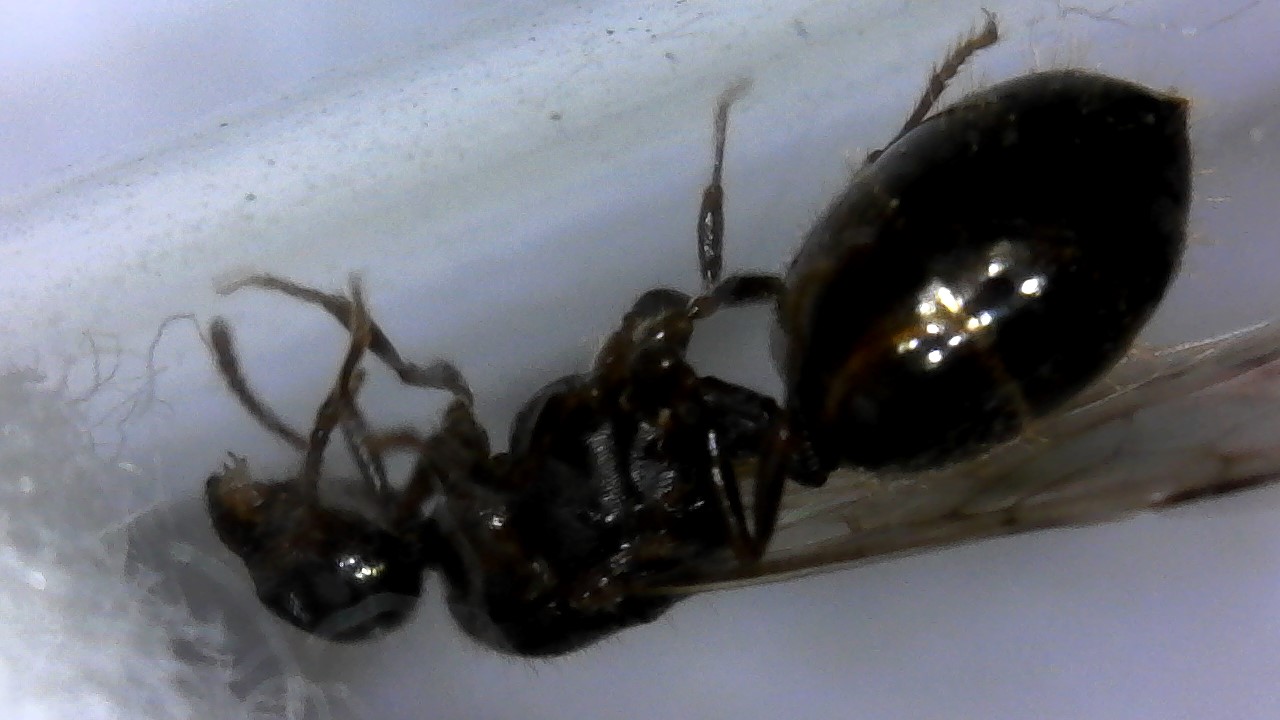 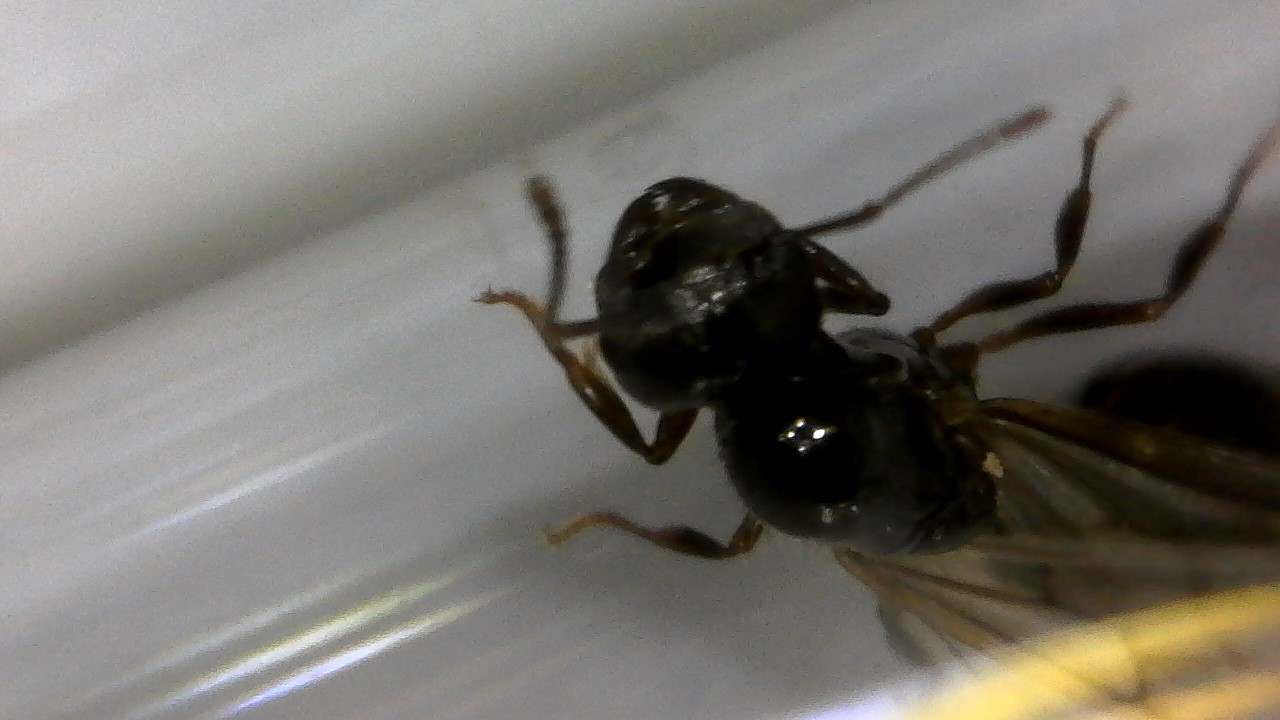 Collected around 1 pm from the same concrete path, in the woods now but also in a former powerline right-of-way (thus an artificial break in the trees.) 8mm. 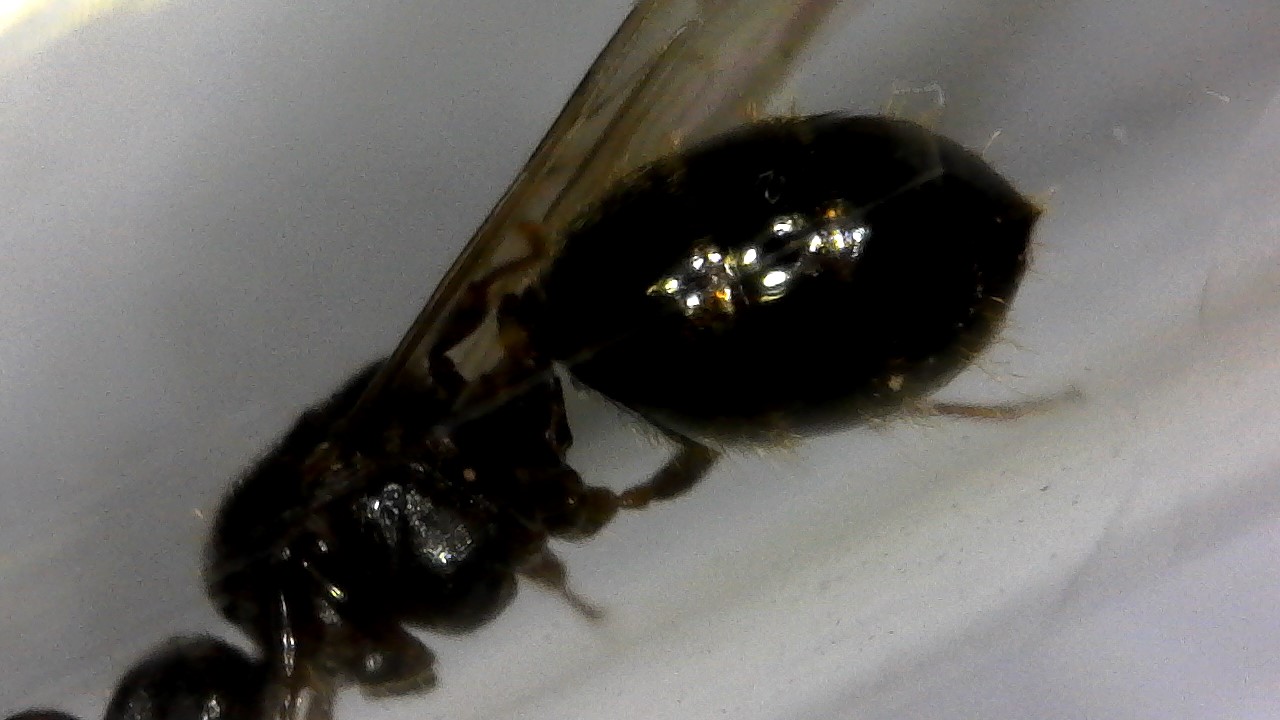 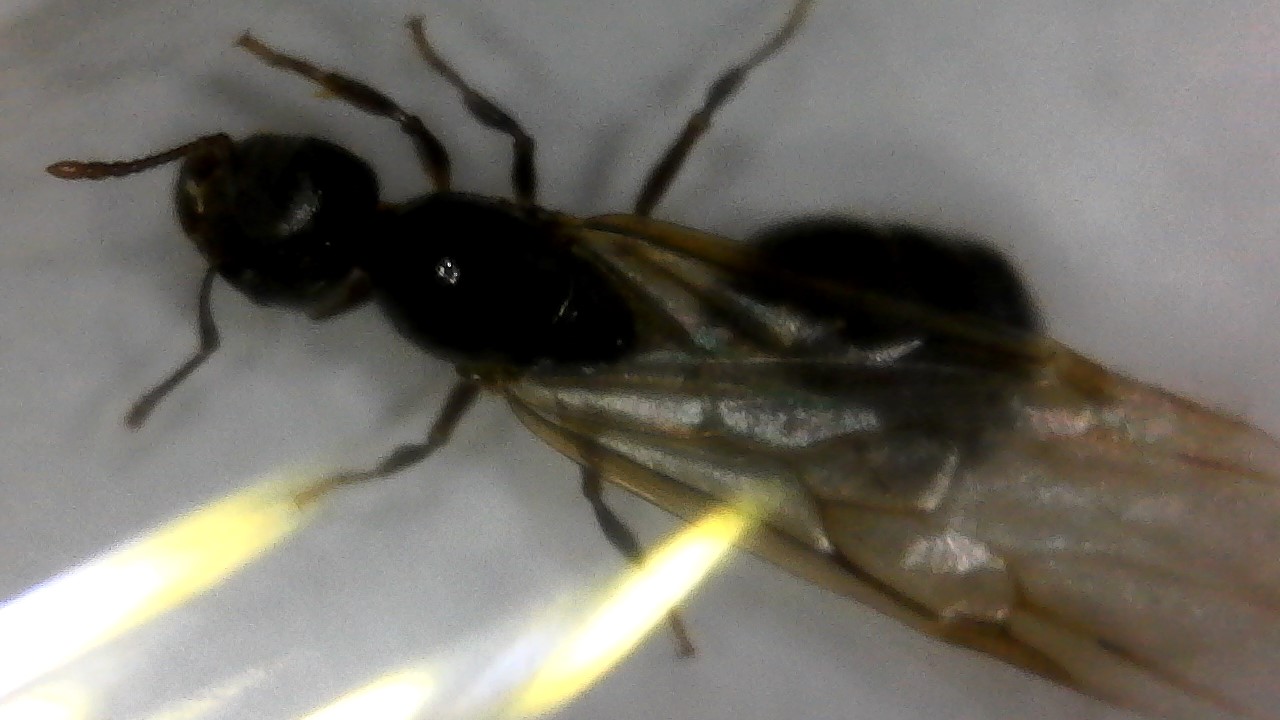 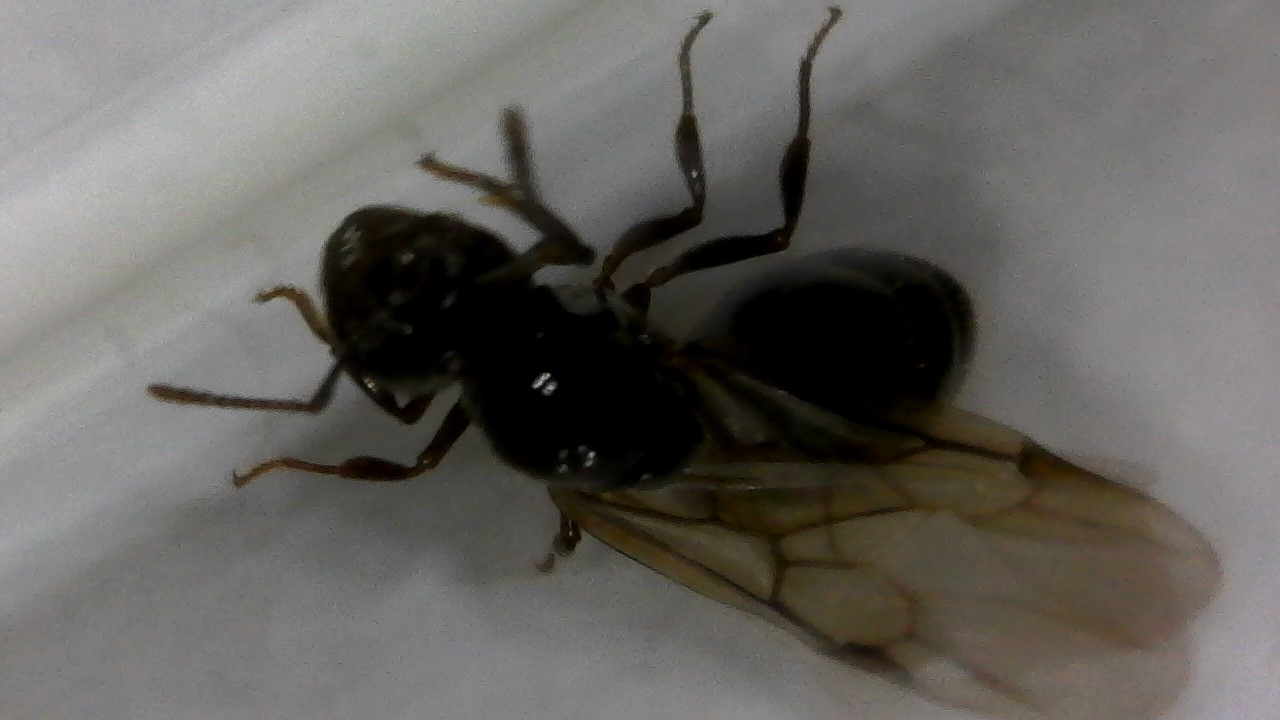 Collected around 6 pm from a pool at an apartment complex in Forest Acres, one of Columbia's inner suburbs. 8mm. 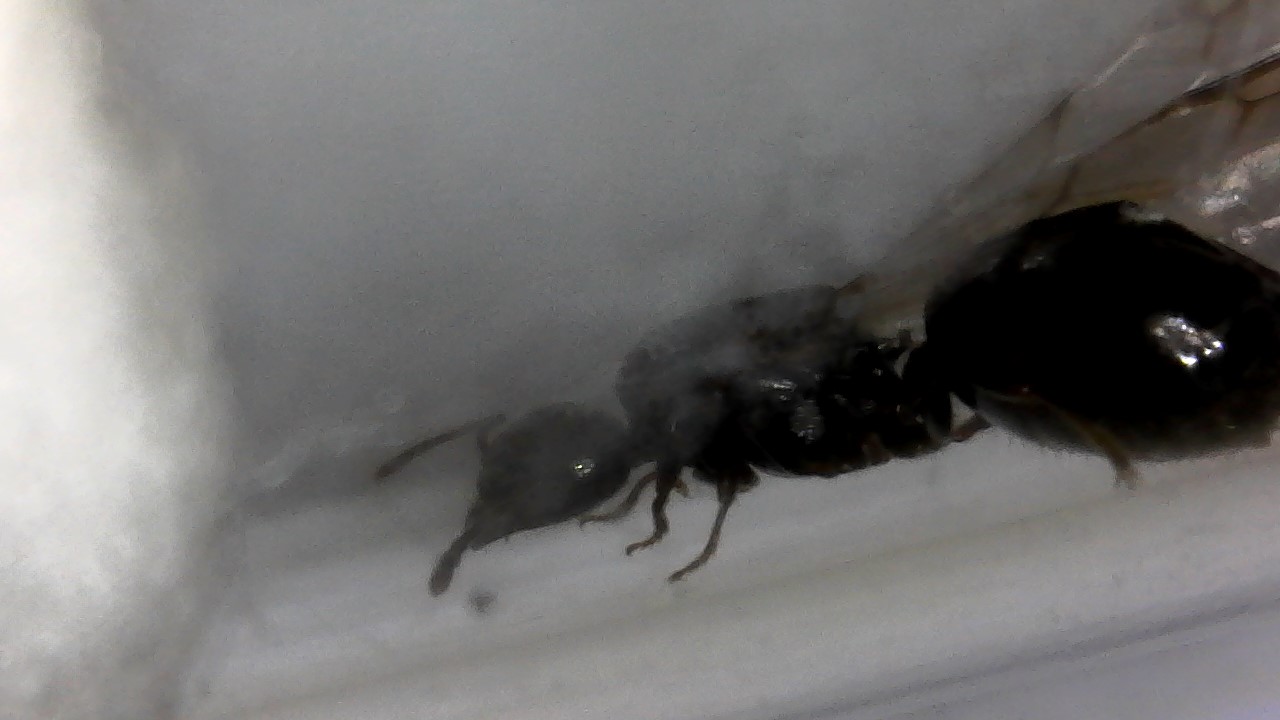 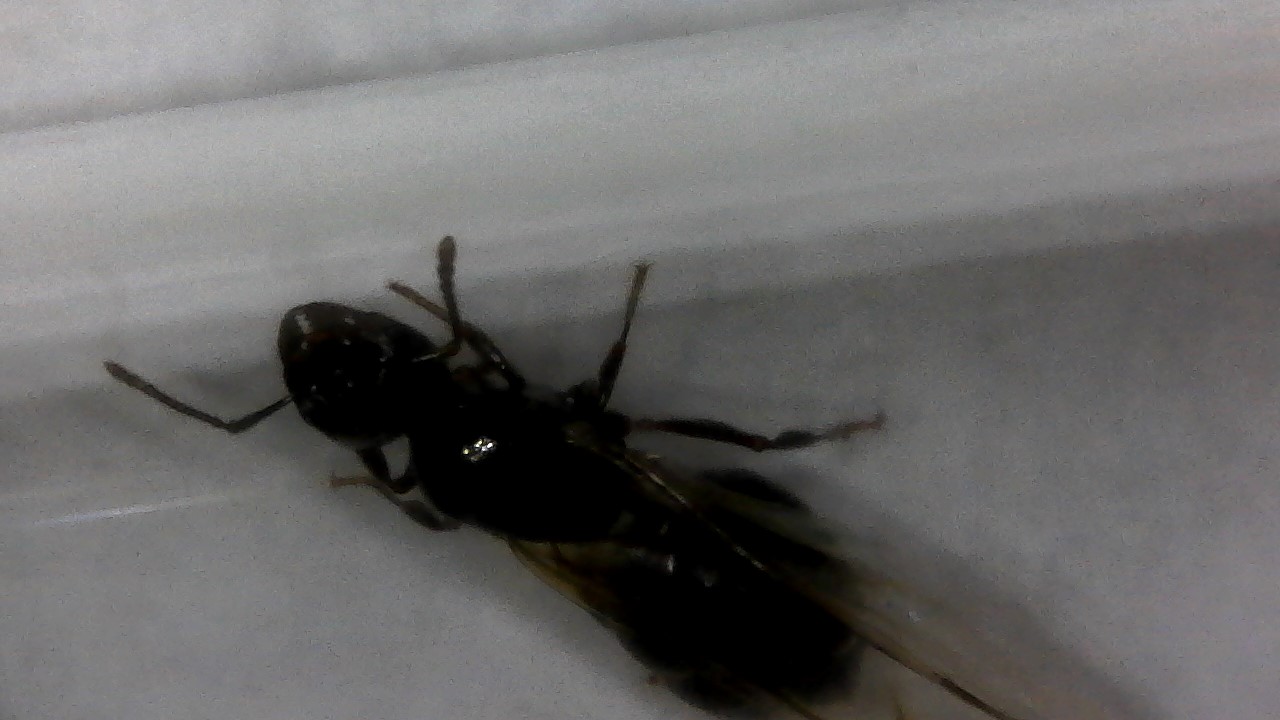 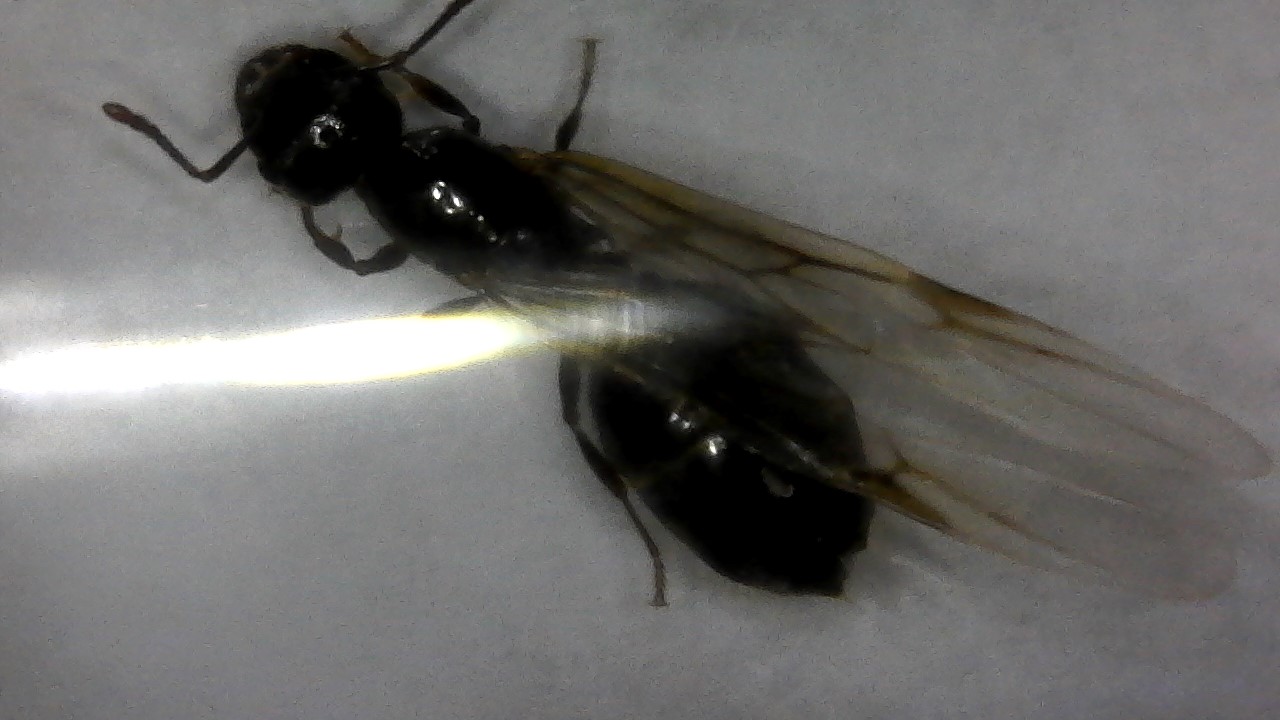 If it helps, behaviorally they're fairly slow-moving. They are clumsy on the inside of the test tubes.
Top

Alright as I figured. I take it there's no easy way to distinguish which species? Considering how similar species are, that wouldn't surprise me.
Top

Gotcha. I'll have to try that if/when they get nanitics. I'm trying to leave them alone right now since all of the advice online agrees that this genus should be given space early on so as not to stress the queen.
Top

Ok so I took another look at them yesterday (been trying to not bother them since they're Crematogaster). Due to size & where I found them, I got it down to C. laeviuscula, C. ashmeadi, C. lineolata, and C. cerasi. Their dark colors eliminated the red colored C. laeviuscula, and the fact they flew in fall eliminated C. ashmeadi, which apparently flies in spring. That leaves C. lineolata and C. cerasi. The first queen has a much larger number of long hairs all over her back compared to the other two, whose backs are both less hairy, and what they have are much shorter. This leads me to believe the first is a lineolata queen while the other two are cerasi. Is my logic reasonable there?

Also a few questions: Will I not be seeing eggs from them until after hibernation? And when should I start hibernation? We have short winters down here, so should I base when I hibernate on actual temperatures? And finally, should I have these queens on a heating cable? I have one for them that i'm using, set up on the AC tube rack over the mouth of the test tube, but when I checked on them they were all as far from the cable as they could be, against or on the wet cotton of the water reservoir.