I caught one camponotus in the morning last week but she was by herself, no big flight or anything. Haven't seen anything since then. Just had a large rain and now its in the high 70's and all I could find were workers today and I think one male but it kept flying away so I wasn't certain. I was turning over logs, checking near and around LARGE colonies, under leaves, everywhere, and couldn't find any queen.

I'm in western Ky, so either they haven't flown yet or they all flew last week before the rain and now they're going to be near impossible to find.
Top

My girlfriend just caught a Camponotus digging a founding chamber in her cactus pot on our front steps this weekend. I had to teach her how to make a test tube setup and put it in my test tube rack in the basement because she's having better luck catching queens than I am. She's up to two this year and I'm at one that didn't make it. Here's the queen she caught. No ID needed she's definitely Camponotus. 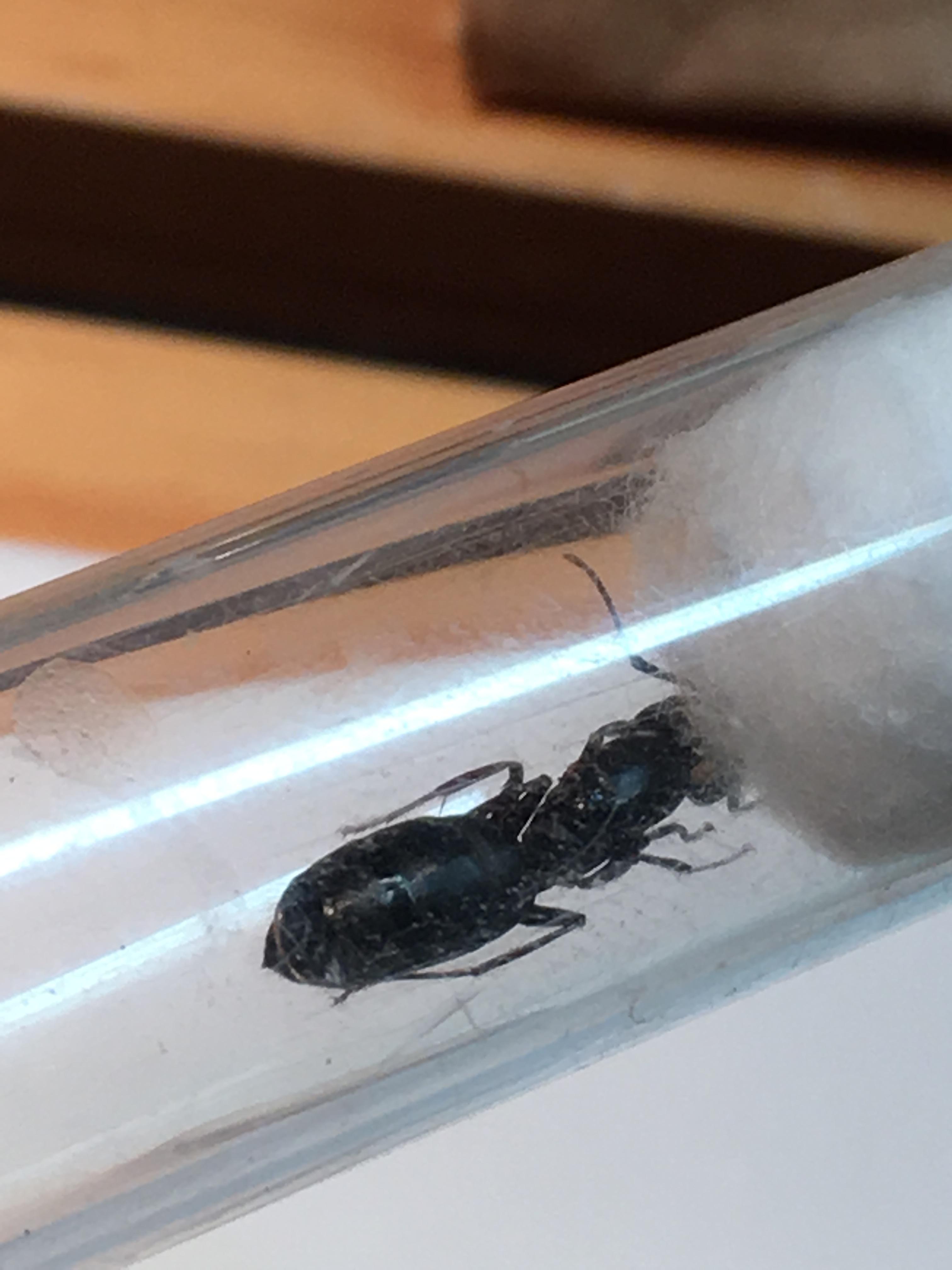 I'm kind of ashamed right now that my girlfriend is having better luck than me at finding queens. She just found another Camponotus queen in her cactus pot this morning. 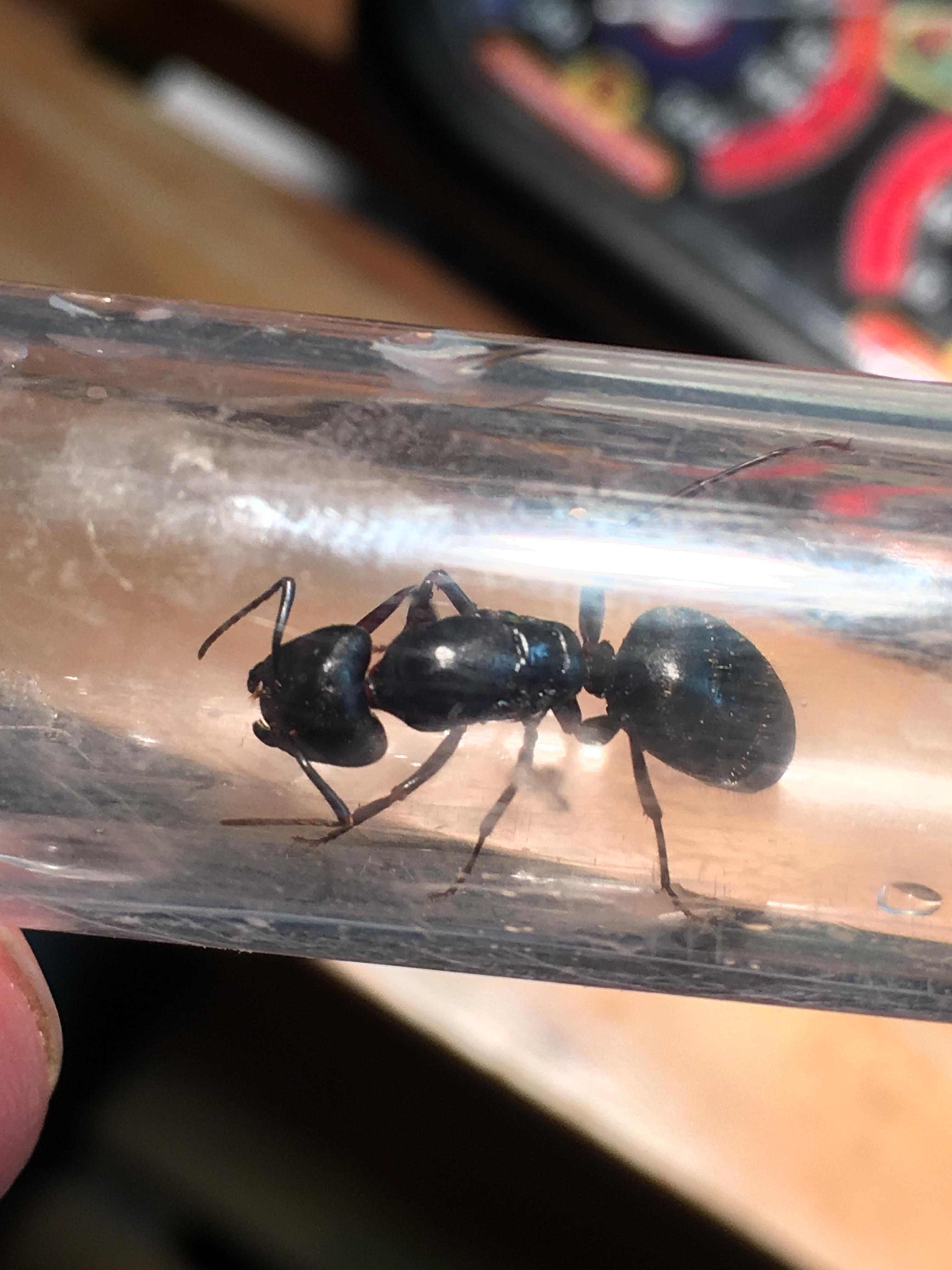 Cale3459 wrote: ↑
Tue Apr 25, 2017 11:22 am
I'm kind of ashamed right now that my girlfriend is having better luck than me at finding queens. She just found another Camponotus queen in her cactus pot this morning.

Time to get a cactus! I had a queen on my mirror of my car today and I grabbed it and as I was walking inside with it in my hand, it fell into the grass, never to be found again
Ant Keeping Motto
"Success consists of going from failure to failure without loss of enthusiasm." - Winston Churchill
I like reptiles, turtles, tortoises, amphibians, mammals and of course ants!
Top

I can't make this up...she caught another Camponotus in that frigging cactus.

That makes 3 Camponotus and 1 Formica. 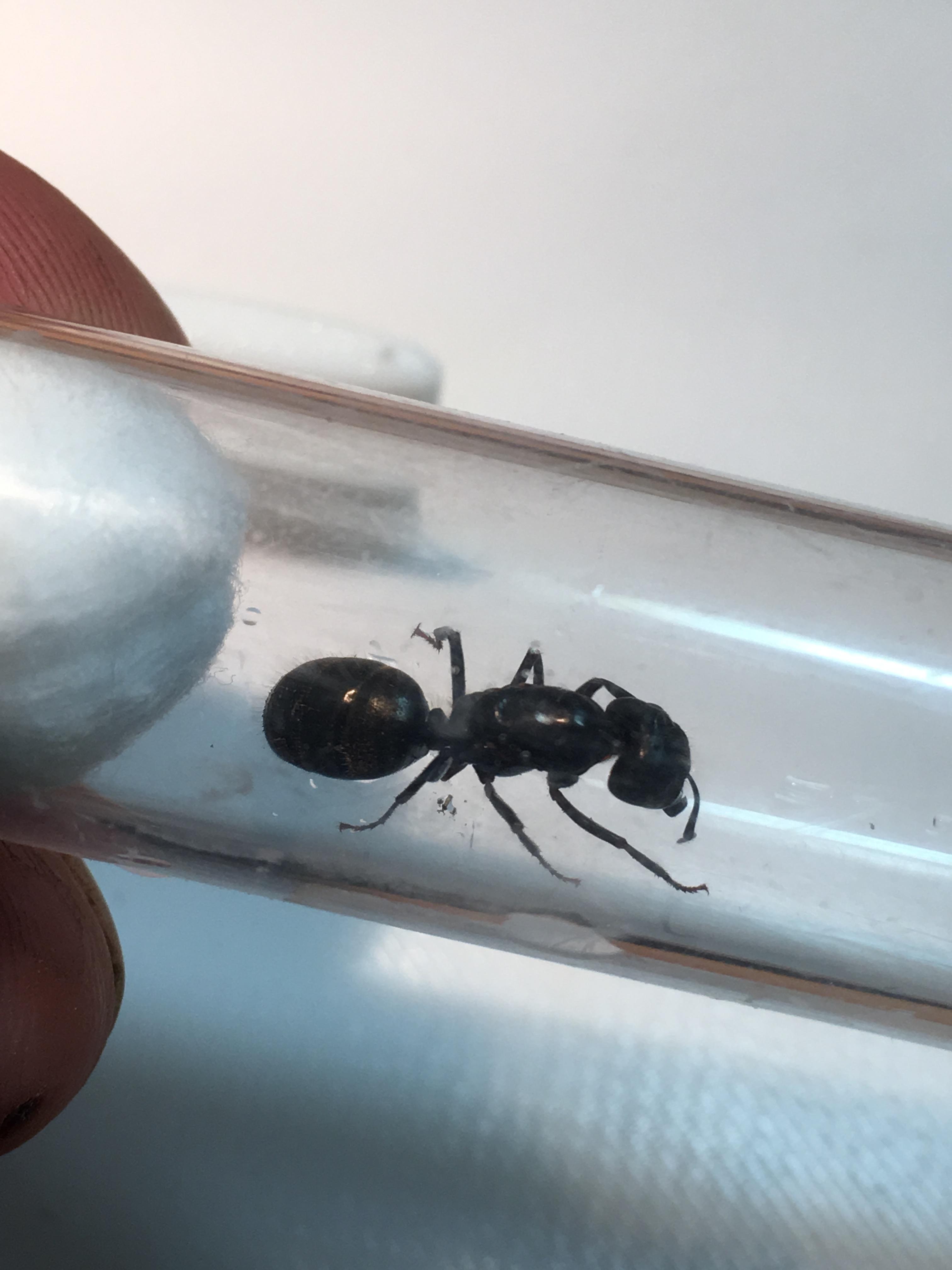 The second one she caught laid two eggs already. 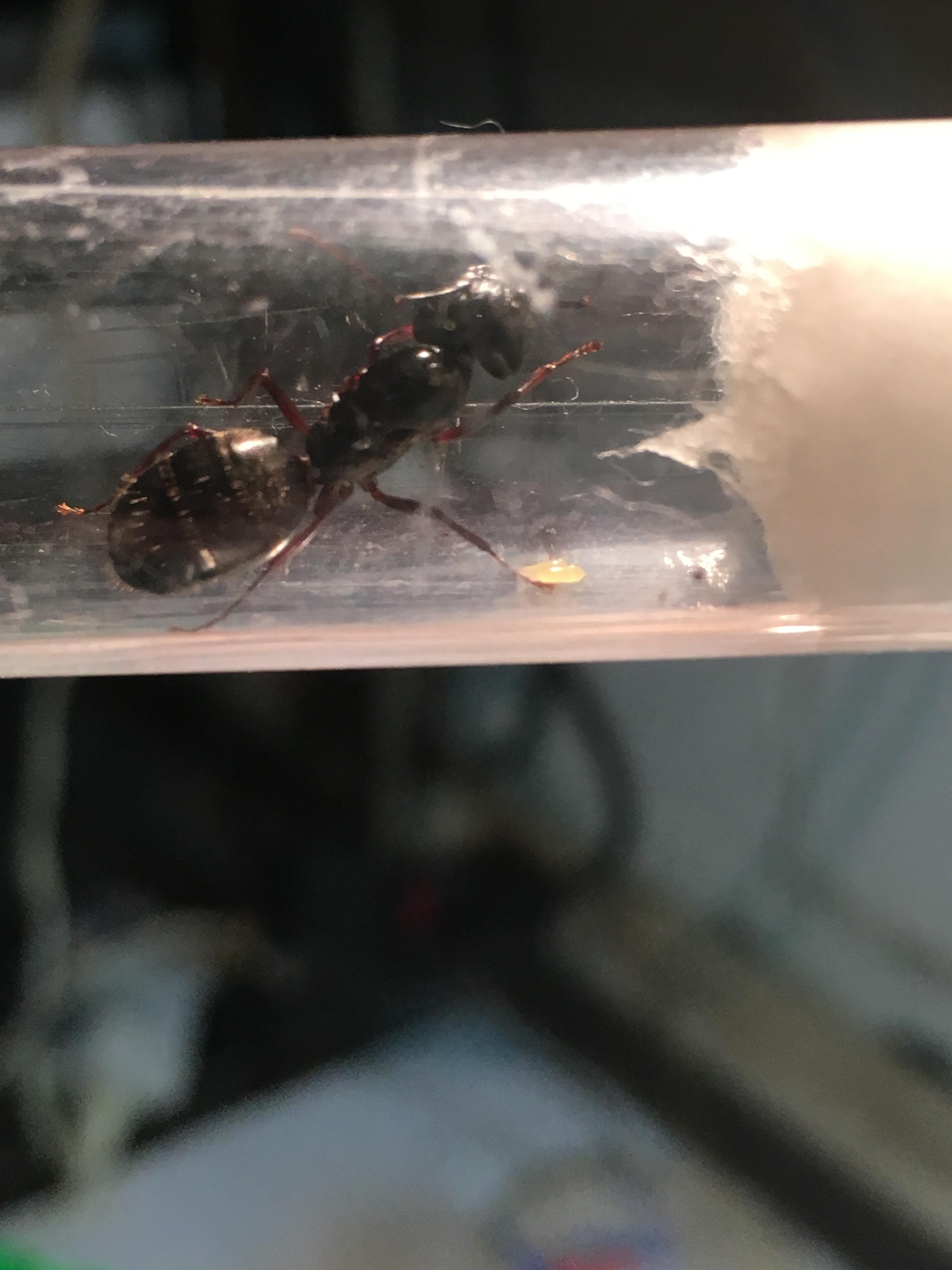 The first one hasn't yet but the Formica has a nice little clutch. 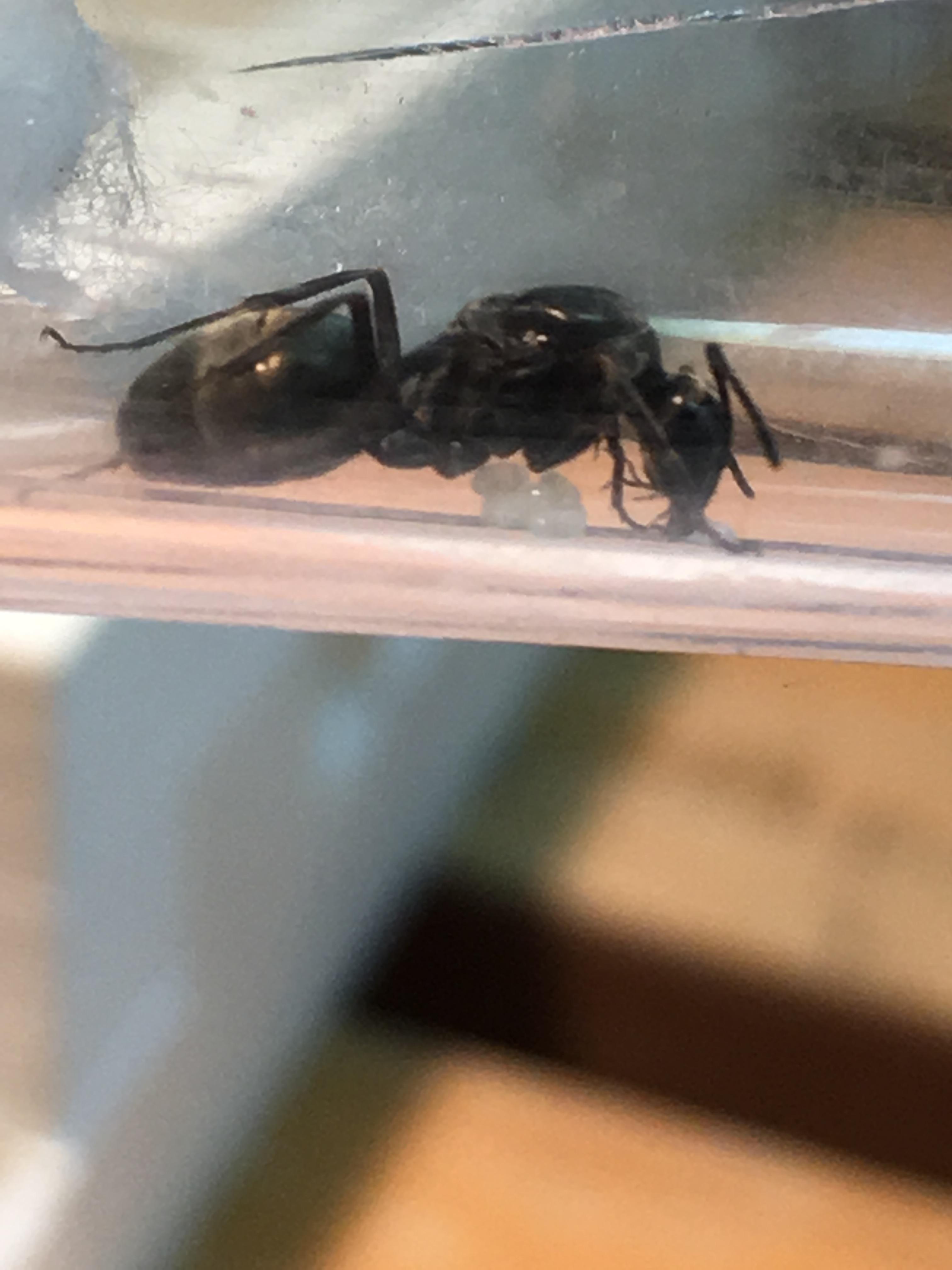 Anyways, I found a collection record for Trachymyrmex septentrionalis in Illinois. Bear with me, it's from 1970.

Anyways, here it is:


In the interior United States in southern Ohio around the latitudes 39° area and an unpublished record of George Rotramel from Mason State Forest, Illinois in July, 1965. I visited the latter area on 16 June 1969 and found colonies abundant 0.4 miles west of the limits of Forest City (Mason County, Illinois), which is approximately latitude 40º22º North.

Fair warning- fungus growers are not easy to keep.
Keeper of

Not sure about the rest of y'all, but we Hoosiers have been hammered with rain for more than a week now! Here's to a nice, warm front moving in when this deluge is over!
Keeper of