Long time no talk to, but I'm back. So something weird happened this morning, I found a different ant Queen species in the water tube next to my current. I have pics so you will all see. BTW I would like to raise a Fire Ant Queen, I havent really been out of the house looking for new Queens, but the 2 colonies that I have are growing wonderfully. If anyone has a Fire Ant Queen i would be willing to take one off your hands. Anyways onto the pics and the intruder of a Queen that I have yet to identify. 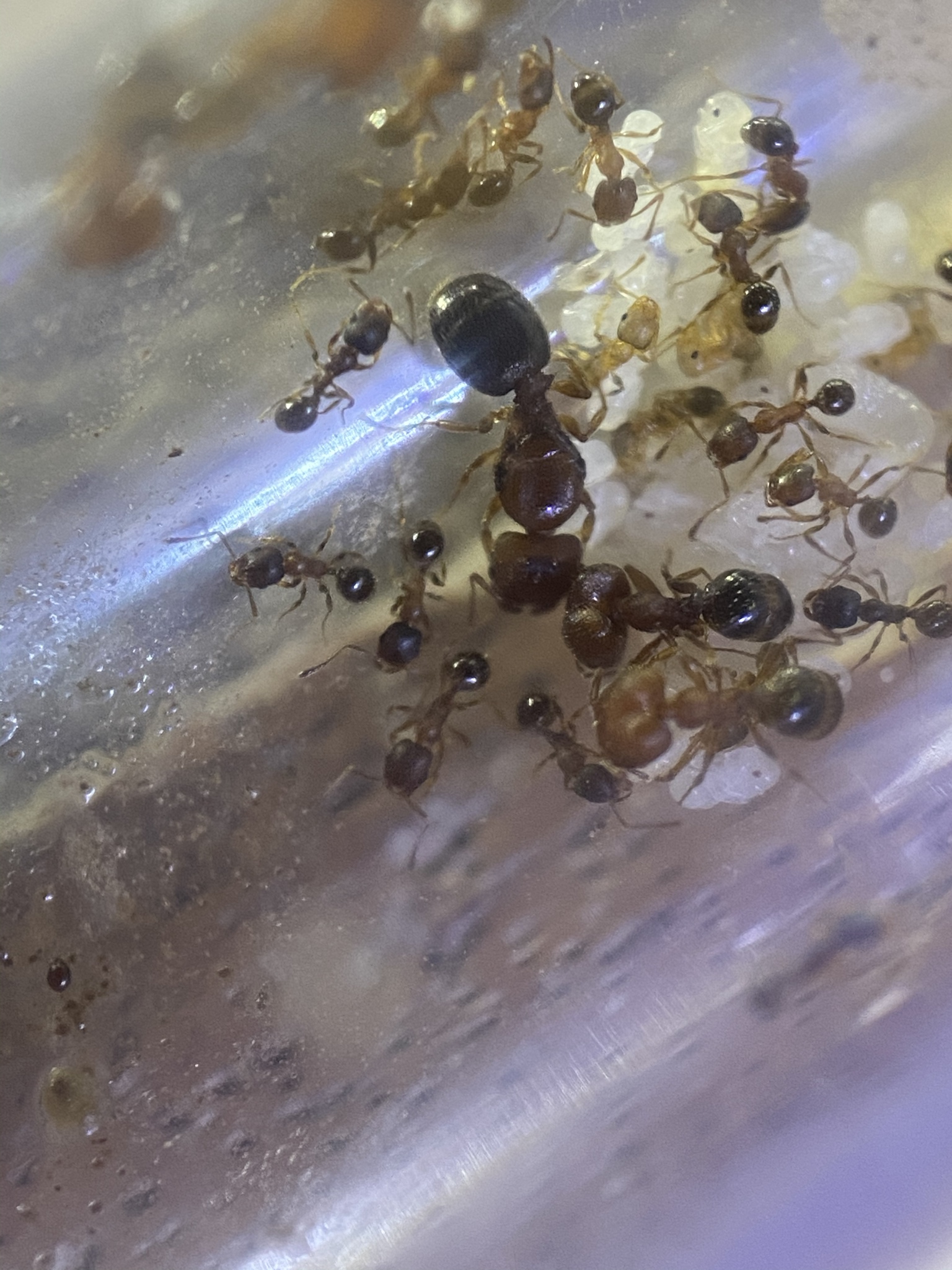 You can see that this Queen is doing great and those supermajors, but that is the queen of one of my colonies. 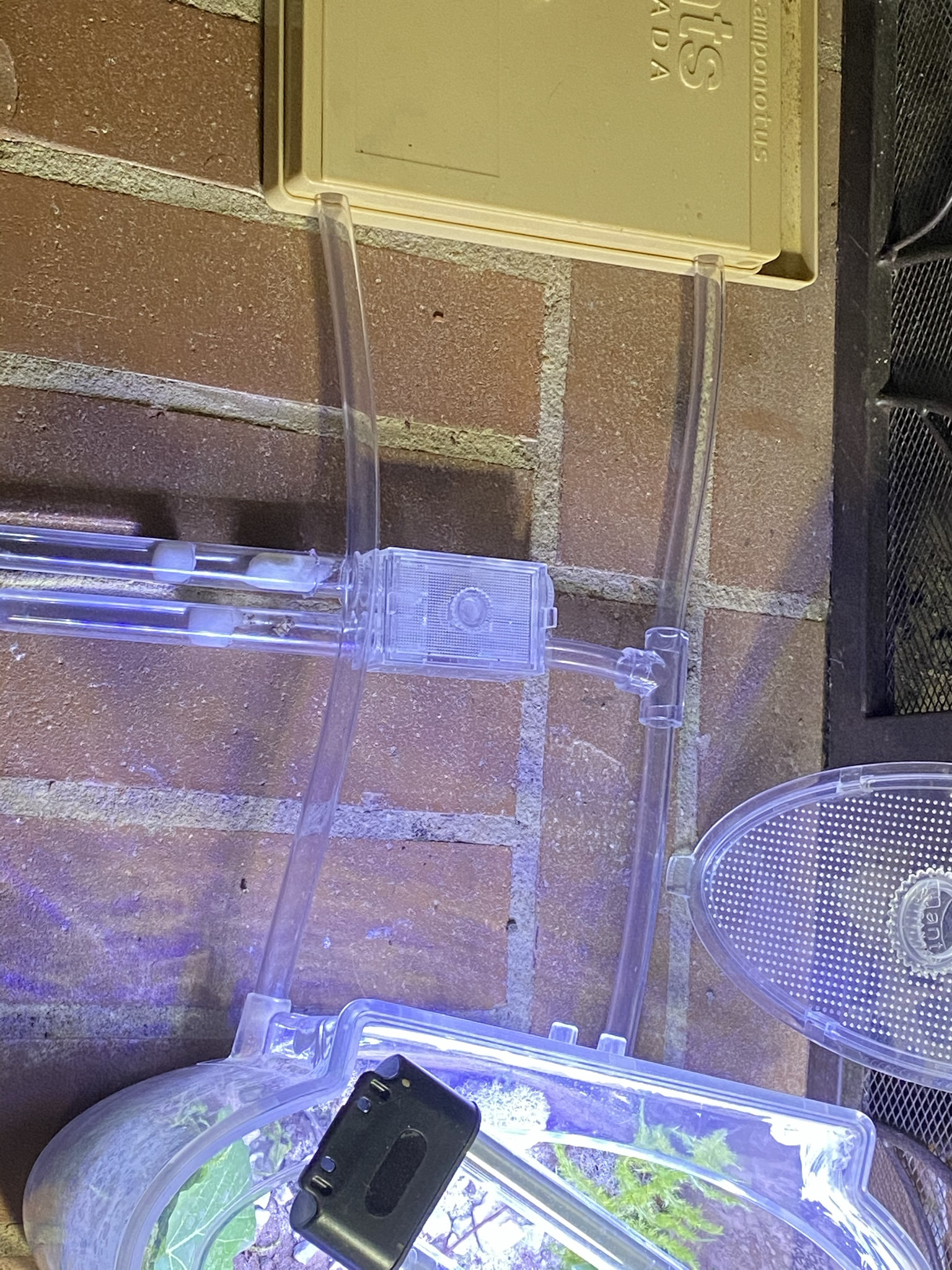 This is what the setup looks like, however this is to much i think for them and plan on reducing it.If you look at the test tubes you can ssee that on the right is the original colony and the left is will the intruder Queen. That test tube on the left was originally connected 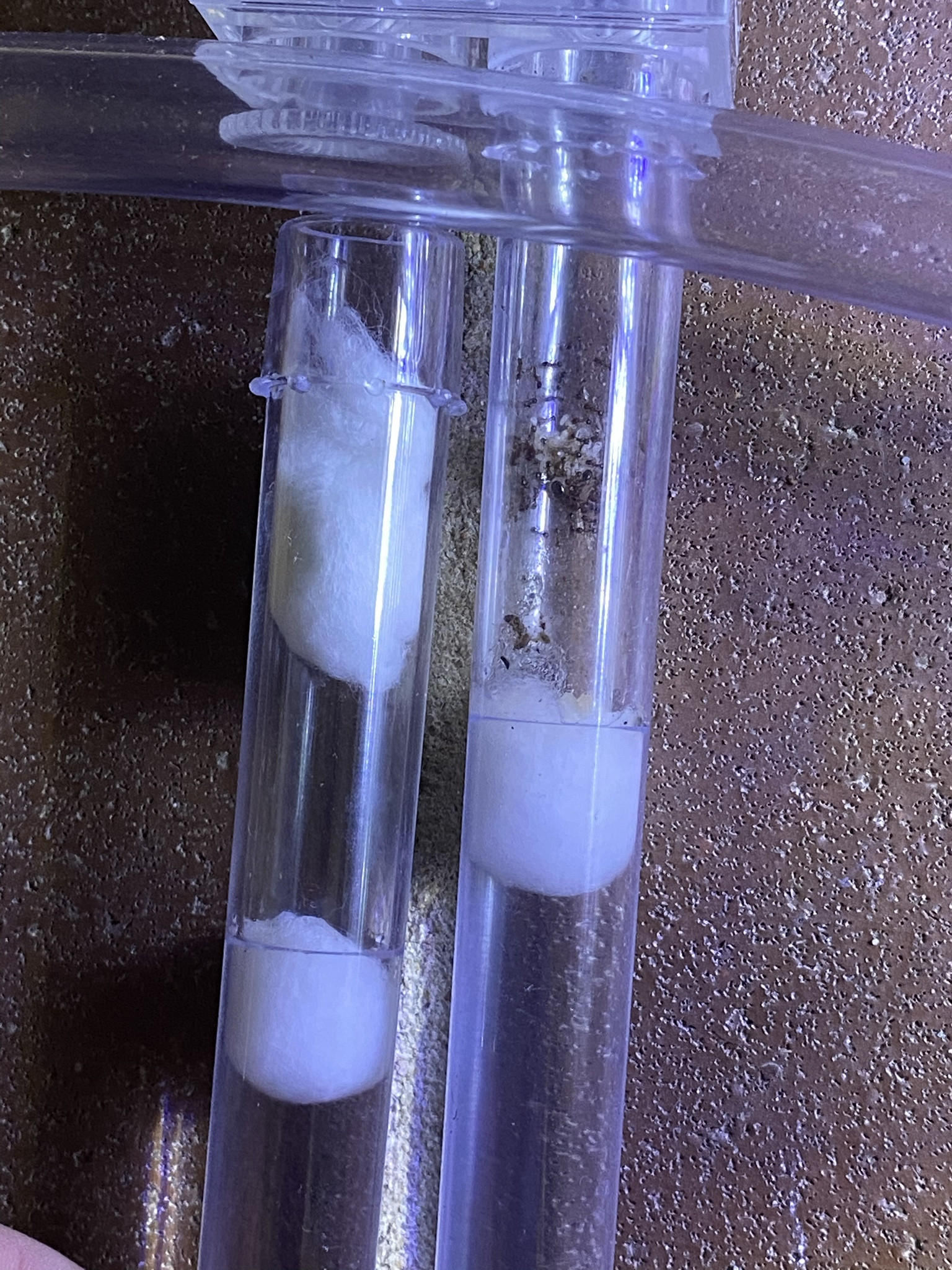 Here is a closer look at the test tubes, again the left one was attached but now isnt and the right one is where the colony likes to hang out at. 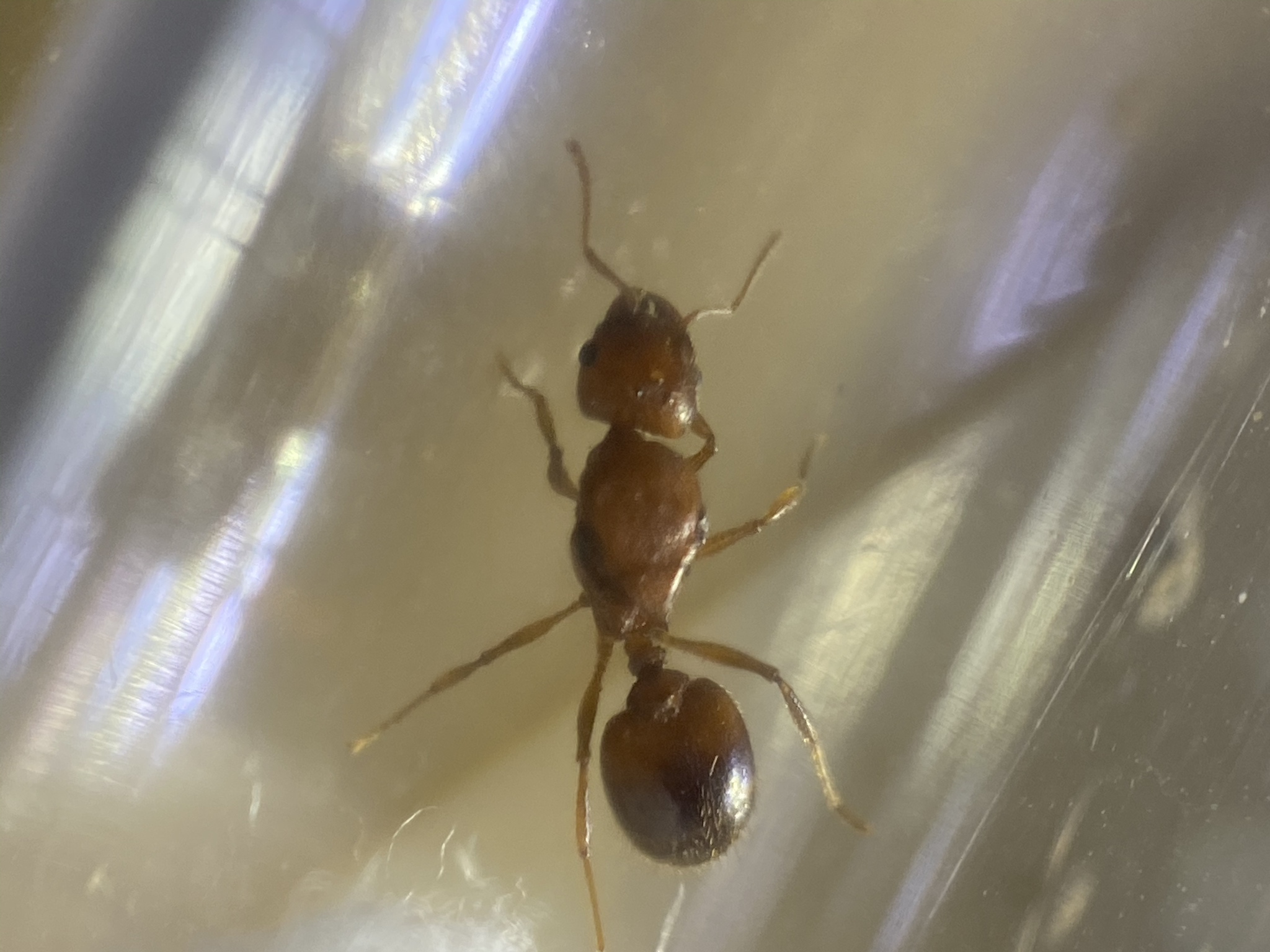 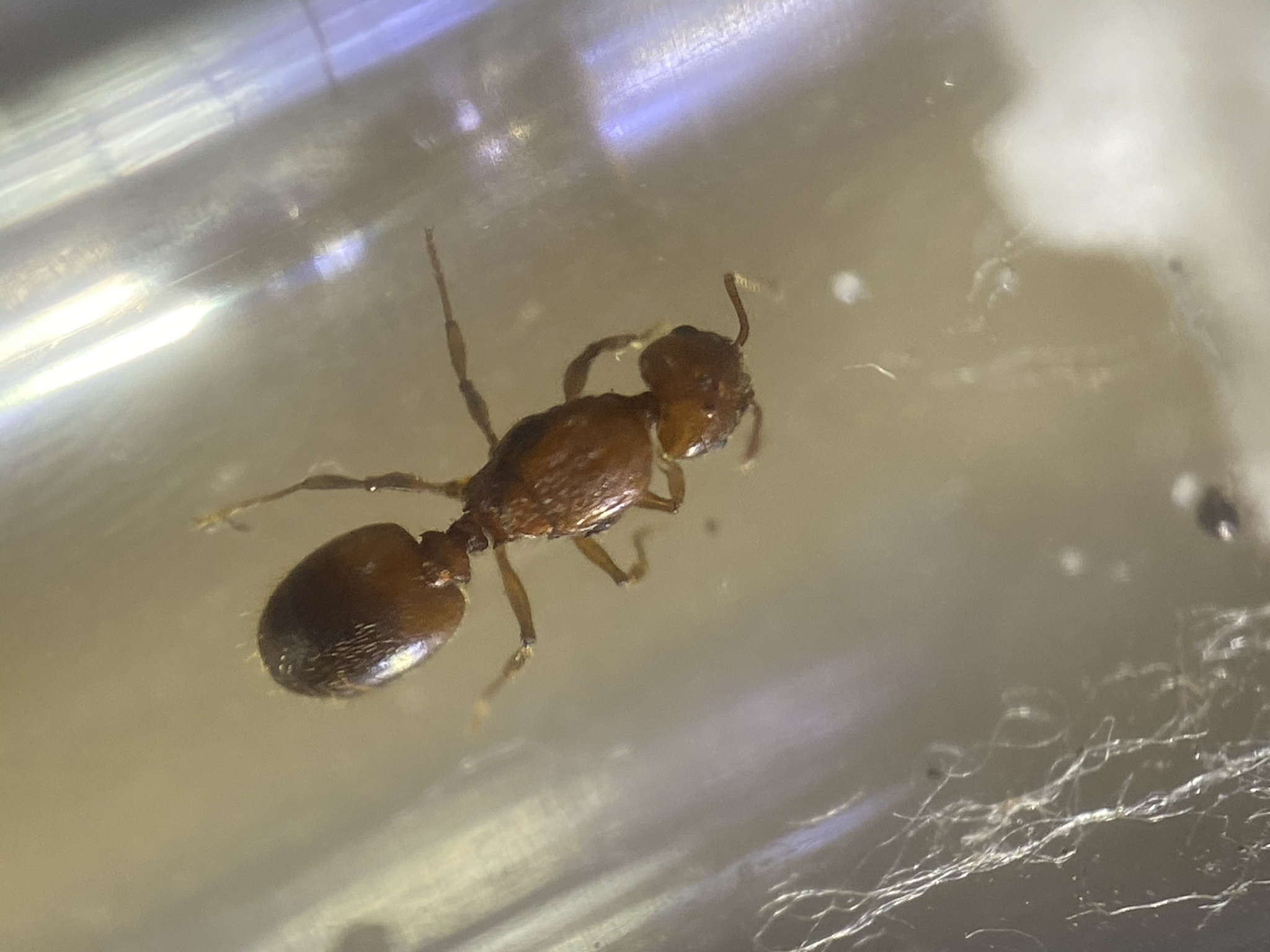 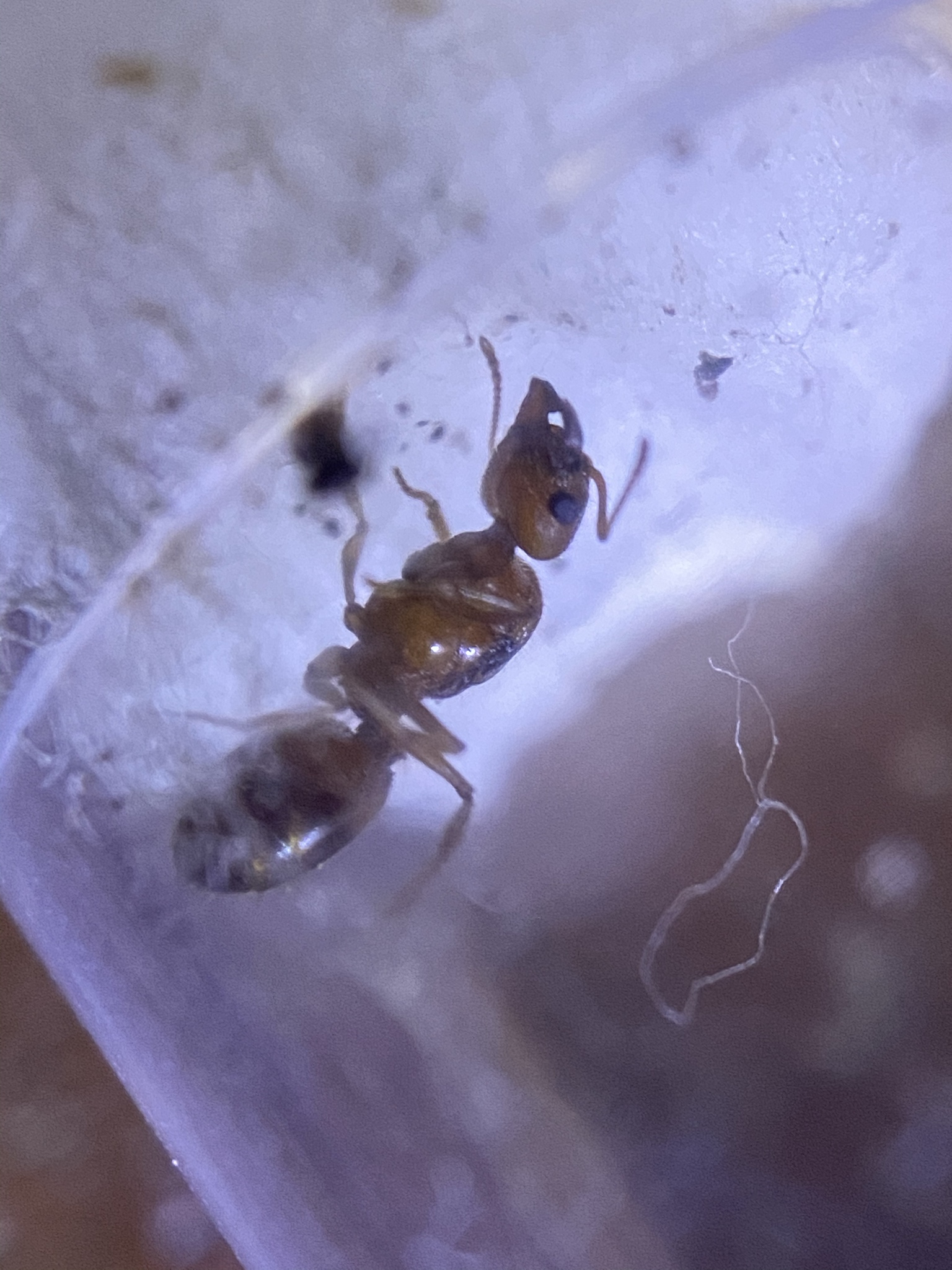 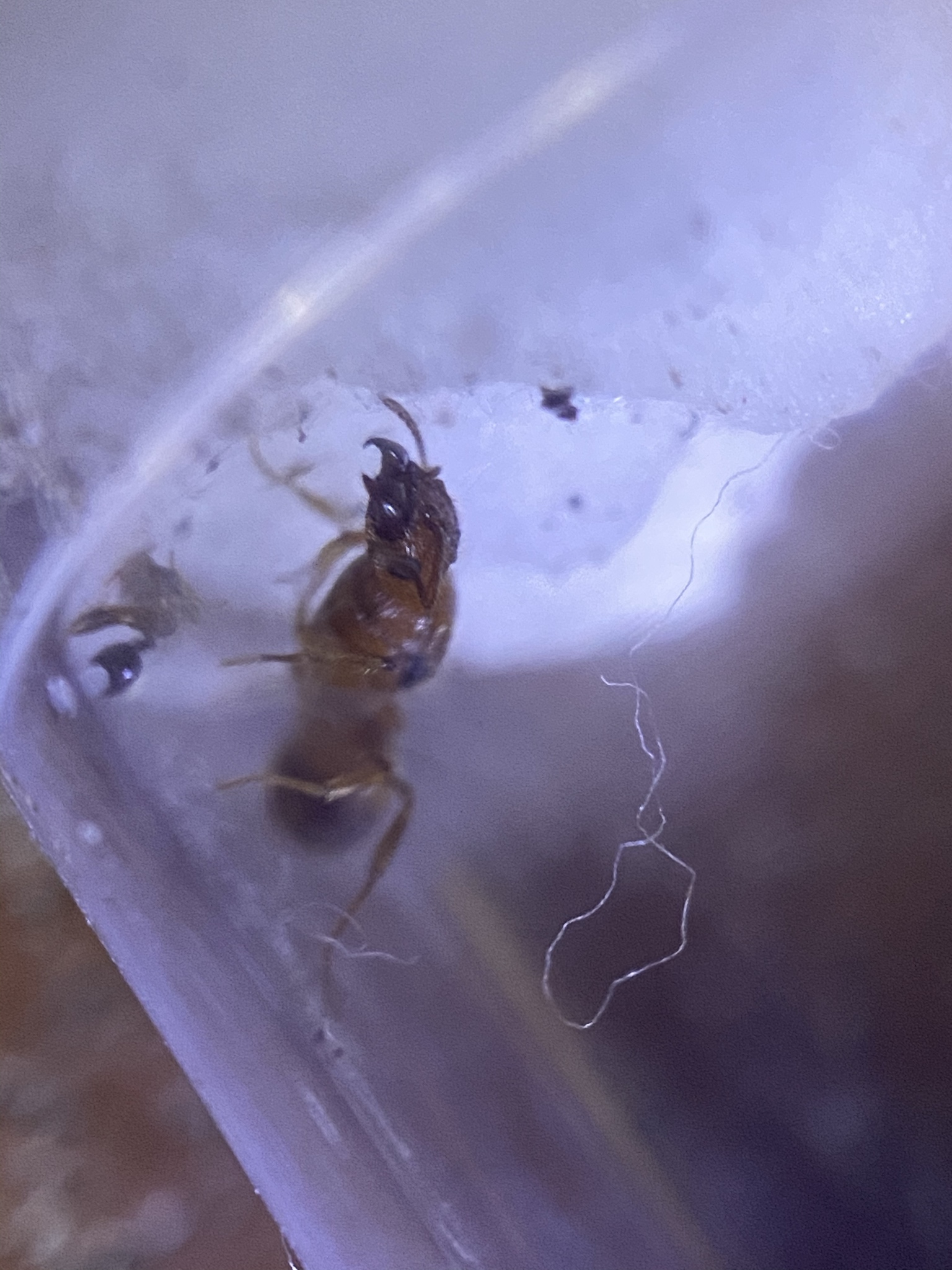 Still not sure what species but i have a good idea what it is, I will do my research.
Top

Hi, I am a new getting into all of this ant farming. I am going to go out and try to find myself a queen ant if possible, but i also see that we now have a GAN farmer in okc, so i might try to get one from him. I am excited to see that there is a community of ant farmers in oklahoma! If anyone has any advice for me, i would love to hear anything you want to tell me. Thank you and I look forward to hearing from all of you.
Top

Welcome, good to know that we have a GAN in OKC. Good luck hunting for you Queens.
Top

Thank you! I’m excited to get searching!
Top

Hows the hunting going? I got part of my acrobat colony into a AC setup finally probably another day or so and they will all be in there. I have a process but it takes a about a week to get a full colony moved for me. I still havent figured out what that red Queen is and I have seen her in 3 days so ill be checking on her tomorrow to see what progress she has made in about a week. Let me know if yall are needing anything ill try to help yall out to the best I can. Happy Hunting\.

Fourteen wrote: ↑
Wed Apr 08, 2020 10:10 am
Hello! I am a first year newbie trying to get into this hobby, living in the Norman area of Oklahoma. I have never caught a queen before, and I was wondering if I could get some tips on finding them in Oklahoma, when I should look, where I should look, and what it is I should be looking for. Thanks!

If you have a pool or know anyone that does, it would be a good idea to check it for queens a day or 2 after a rain. Twice this summer I've been lucky enough to catch several queens that landed in my pool after their nuptial flight. 13 harvester queens and 7 fire ant queens. It would have been more but I ran out of test tubes. Check it periodically so you can get them befire they drown. The fact that they are in the pool is almost a guarantee they have mated because they have already been in the air. Also, if you have any ant hills in your yard you can watch them after a rain. They will usually swarm on the ground in the hundreds right before their flight.
Top

Just caught a freshly mated queen on 9/23/2020 in Tulsa. I've been seeing quite a few nuptial flights this week as well! Get out there and find those queens y'all!
Top

Hello,
Glad to hear that you caught something a while back. I have been MIA for awhile but I will try to be on here more often. Its starting to become a new season. I wish everyone the best of luck and hope to hear what you all catch soon.

Hello! I have been inactive for months and months now, but a new season is creeping up so I am excited to start posting my finds on here more often again! Sadly my colony died in hibernation about a month ago, so I am ready to find some new queens! If anyone starts to find anything, then please post it so I can get an idea of when I should start routinely hunting again.
Top

Hi there!
New ant farmer in OKC area. Been learning a lot and actually found a little black ant colony with two queens under a rock because of recent brainstorms! Not quite the species i was hoping to start with but a fun practice round and something to put in my classroom (bio teacher).

Hoping to find a new queen this year and start this hobby off! When should I start keeping an eye out here? And thank you for this thread it has helped me wrap my head around what to expect locally!!
Top
Post Reply
54 posts