ok in the last few weeks a lot has happened. so the saxons have 6 workers. last night i even watched one enclose!! they are hooked up to my test tube portal and have been eating lost of mealworm and sugar water, which they prefer over honey. also the black yeti's just got their first nantic last night!
Some of My Informative Sheets
https://forum.AntsCanada.com/viewtopic.php?f=37&t=19099
Includes :
Top

So all of my colonies are growing fast but first i sadly say that i released the gi-ant queen. other than that both of my c. pennsylvanicus queens are doing great. the Saxons have slowly grown to about 10 workers and have 2 pupae. i don't know about other brood because recently they moved into my plastic sugar water test tube and it's really cramped and hard to see in there. One last big anoucement is that they have a larger worker. i'm not sure if she counts as a major but she is like half as big as the other workers. 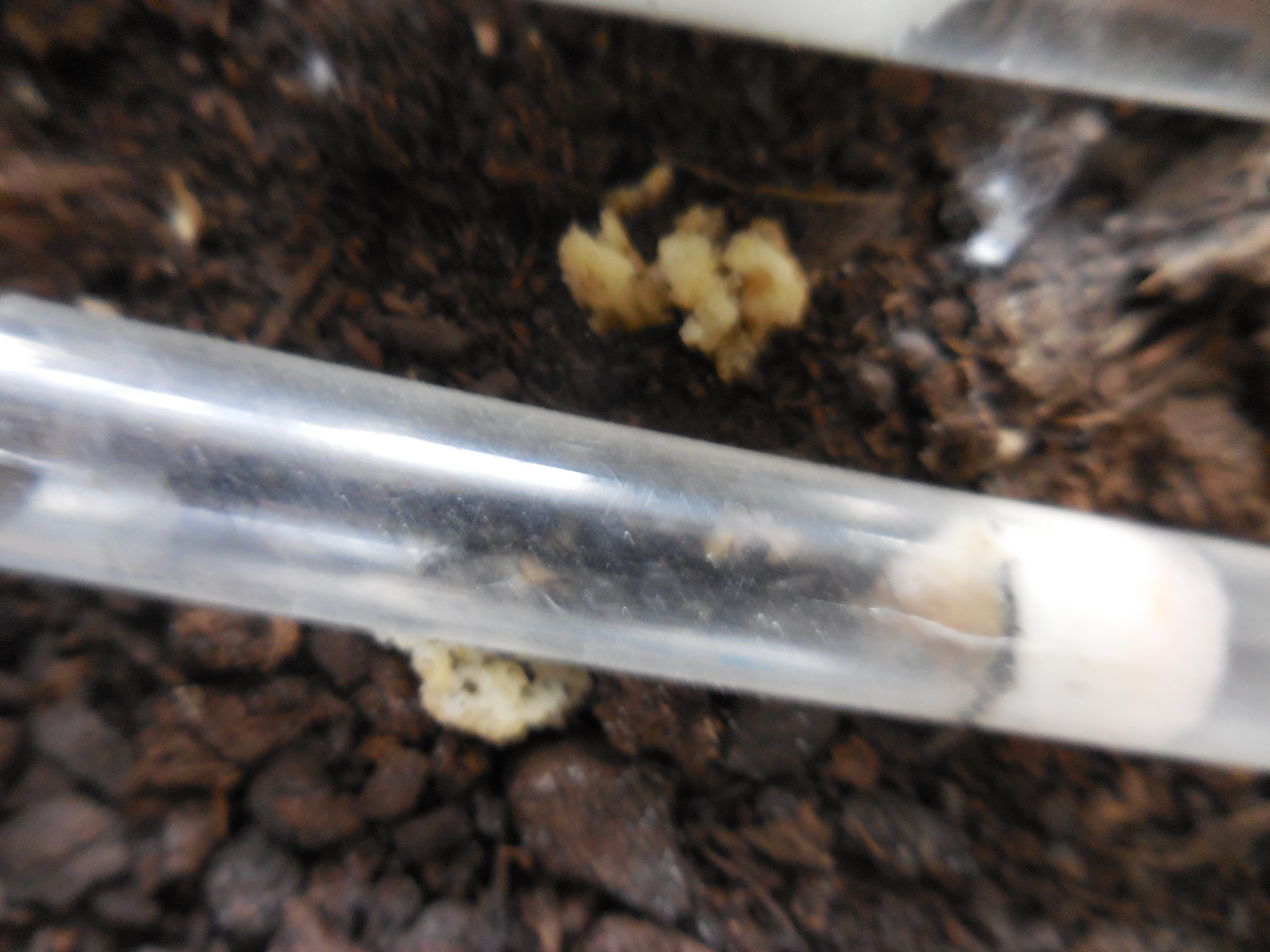 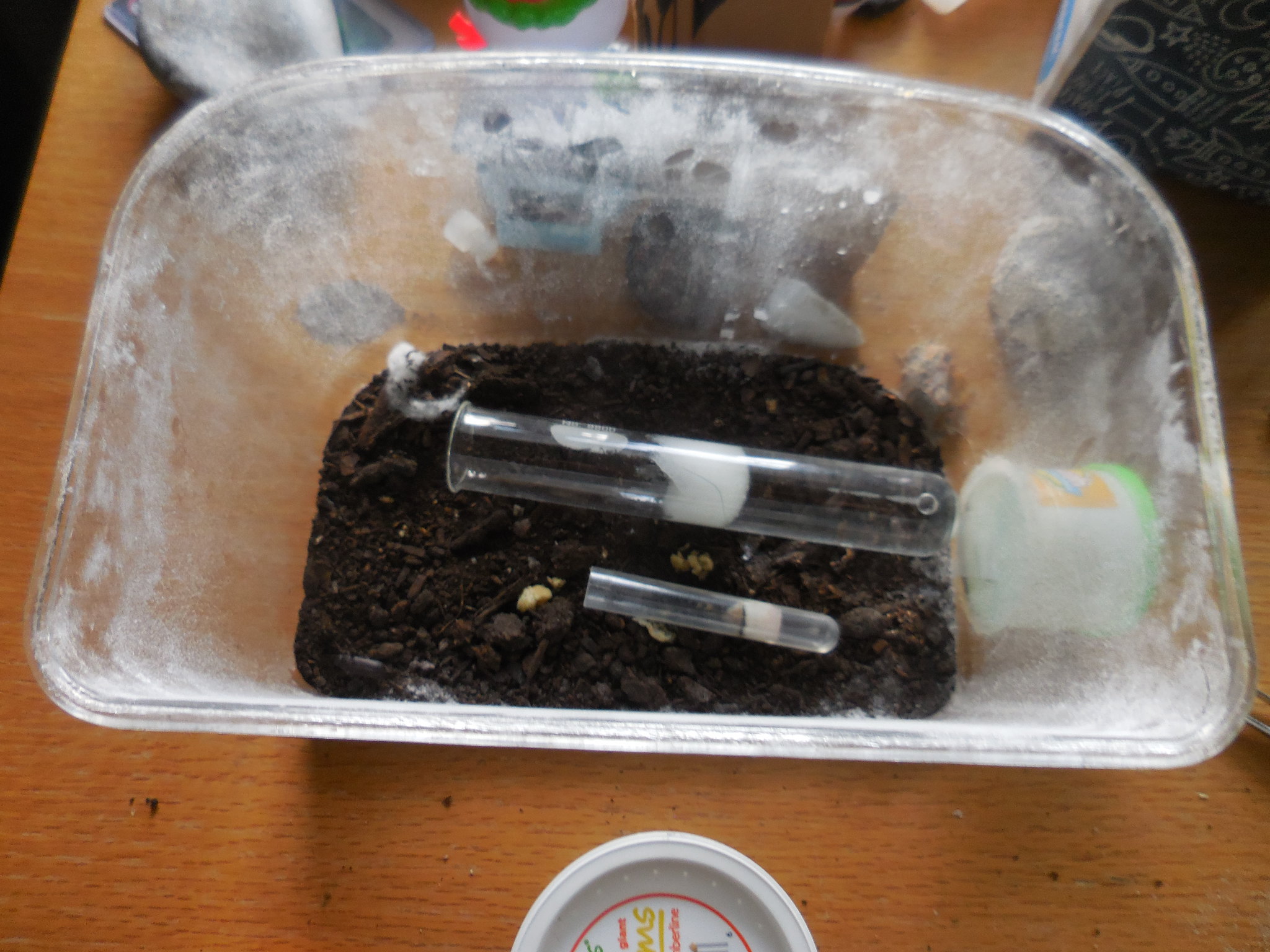 The black yeti's on the other hand have grown a lot too! also getting to the 10 worker count 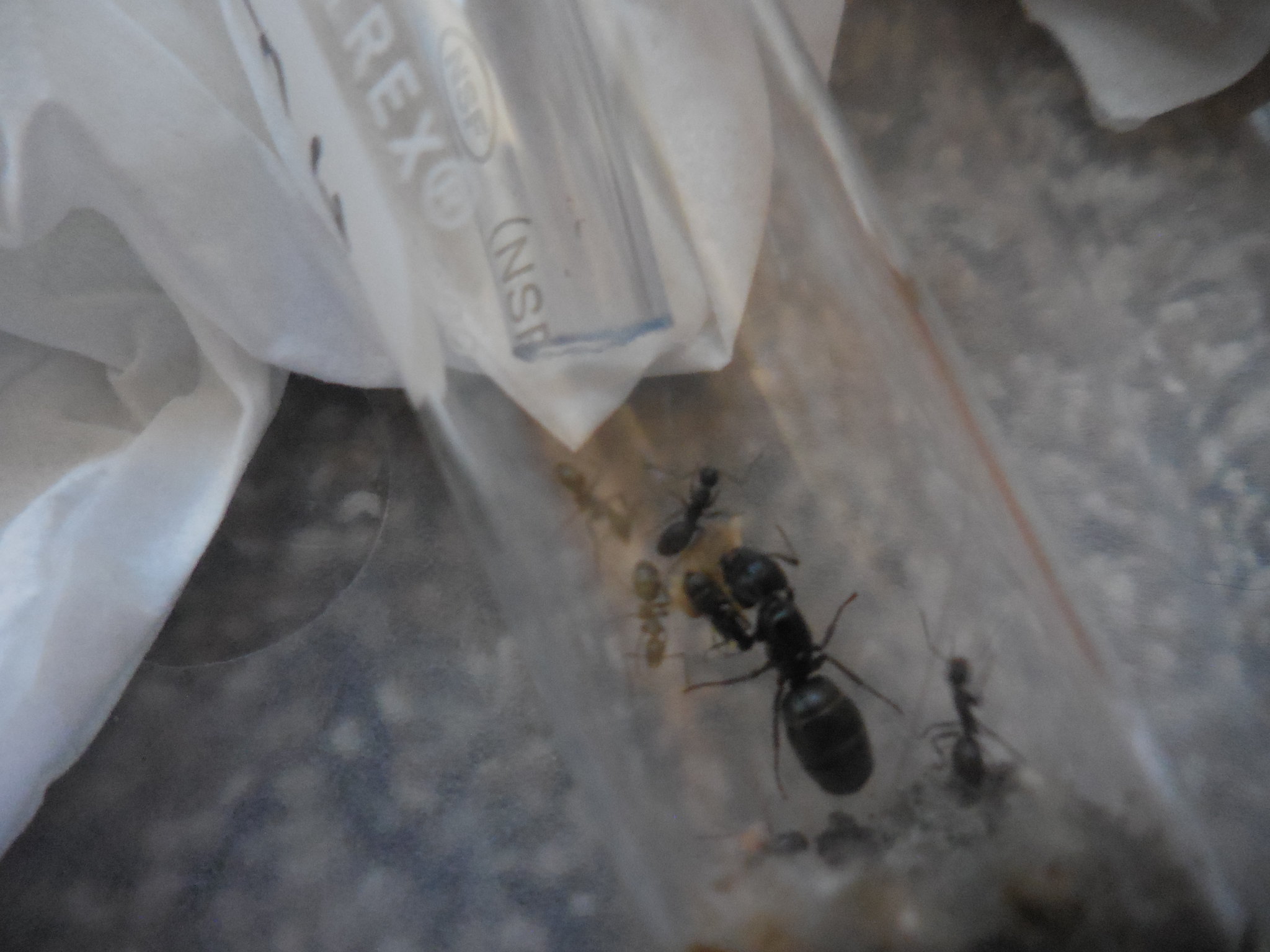 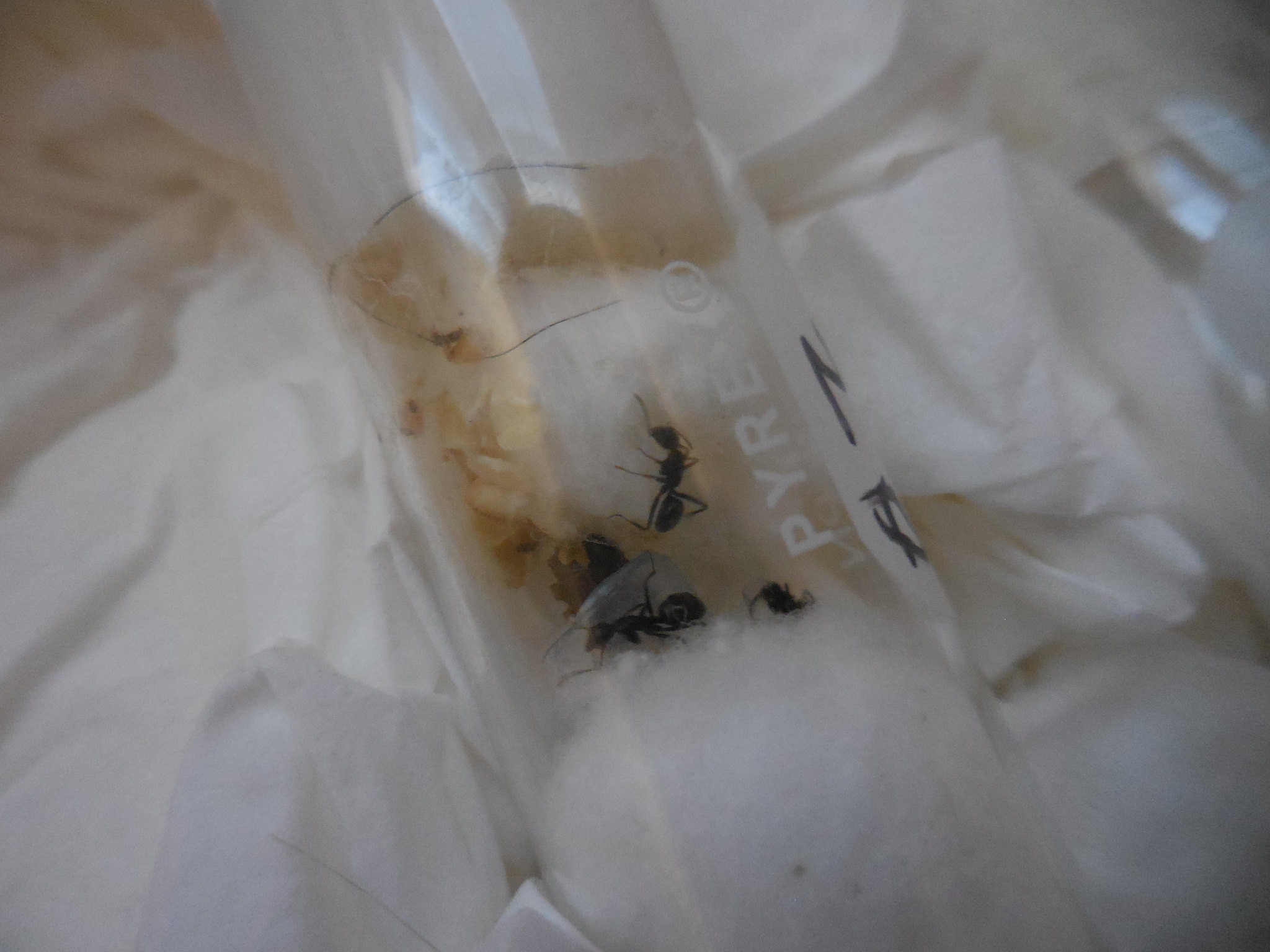 Do you see workers very often, or are they kind of rare too? I haven't seen any of their workers but could I still find their queens?
"God made every kind of wild beasts and every kind of livestock and every kind of creeping things;" (including ants) "and God saw that it was good." Genesis 1:25
Top

i found their workers first, because i looked in like march. you can still find them but only some colonies are active because of the heat. i have found that they like nesting under trees. my only guess could be that they nest their is because of the shade making it cooler so that they can stay active during the summer?
Some of My Informative Sheets
https://forum.AntsCanada.com/viewtopic.php?f=37&t=19099
Includes :
Top

so wow a big update for the is here for the black yeti's!! so i bought a large red vine candy tub and ate it on one of my vacations. now with a free tub i turned it into a out world for them!! i wish i could get picture but my good camera is nowhere to be seen so i guess you've got to wait. anyway it is a great Formicarium but the only problem is that after 2 days of being in their they barricaded them selves in their test tube with soil and i have not seen them come out. still they have a good size pile of brood and i did feed them a crazy amount of food before hand. as of the Saxons they are doing great because i finally got them to move out of the small test tube and into the big one were they are living comfortably and i'm hoping for them to get their majors soon. (hopefully before hibernation)
Some of My Informative Sheets
https://forum.AntsCanada.com/viewtopic.php?f=37&t=19099
Includes :
Top

OK, so they have no majors yet and are in hibernation. they are doing OK with about 5 workers. I will post pictures soon of the black yeties. as for the other colony they have had no deaths yet and are also in hibernation
Some of My Informative Sheets
https://forum.AntsCanada.com/viewtopic.php?f=37&t=19099
Includes :
Top

Yay hibernation is over! I took both colonies out and there is a lot to say so lets start

THE SAXONS
With there worker count at about 16 this colony when taken out of hibernation was lazy and holed themselves up for a week until I finally coaxed them out with some sugar water. Now they are my most active colony by far and always have a worker patrolling for food which they have accepted and eaten. This ravenous hunger has it's results and there giant brood pile from hibernation has been growing, and fast!! in the 4 days they have been active they have had 3 of there larvae go from medium larvae to full grown major pupae. I would love to say in about 2 months they'll enclose but at this rate it might be a lot sooner!!

THE BLACK YETIS
even though they are the smallest colony I have, these gals have been active from the start and have been drinking plenty of sugar water. Now they are calming down a bit and are just slowly growing using their repletes for food. There brood might not be growing as fast as the Saxons but they have definitely made progress and hopefully the new workers will boost this colony for summer.
Some of My Informative Sheets
https://forum.AntsCanada.com/viewtopic.php?f=37&t=19099
Includes :
Top

here they are now!
The Saxons 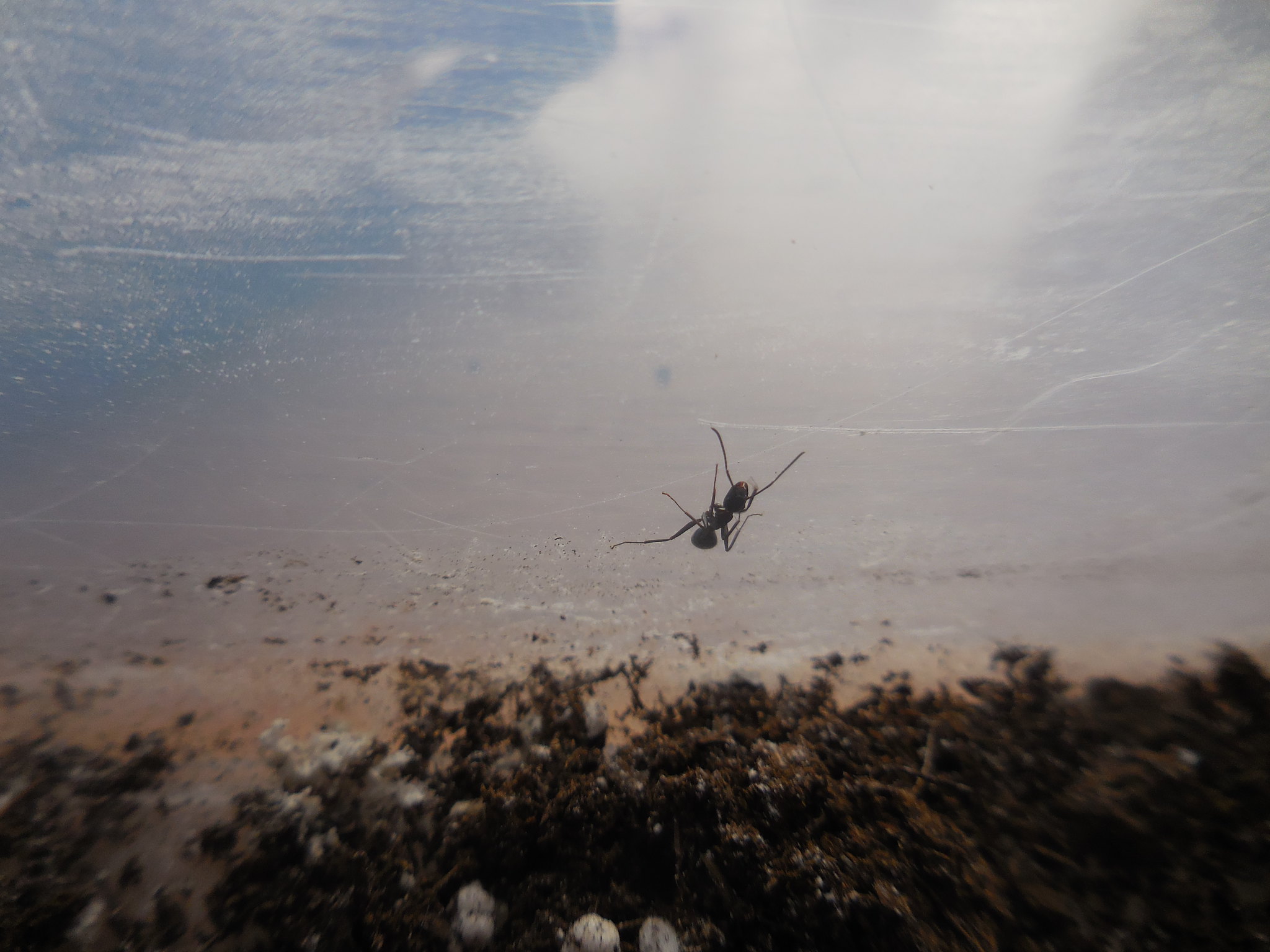 A worker just looking around 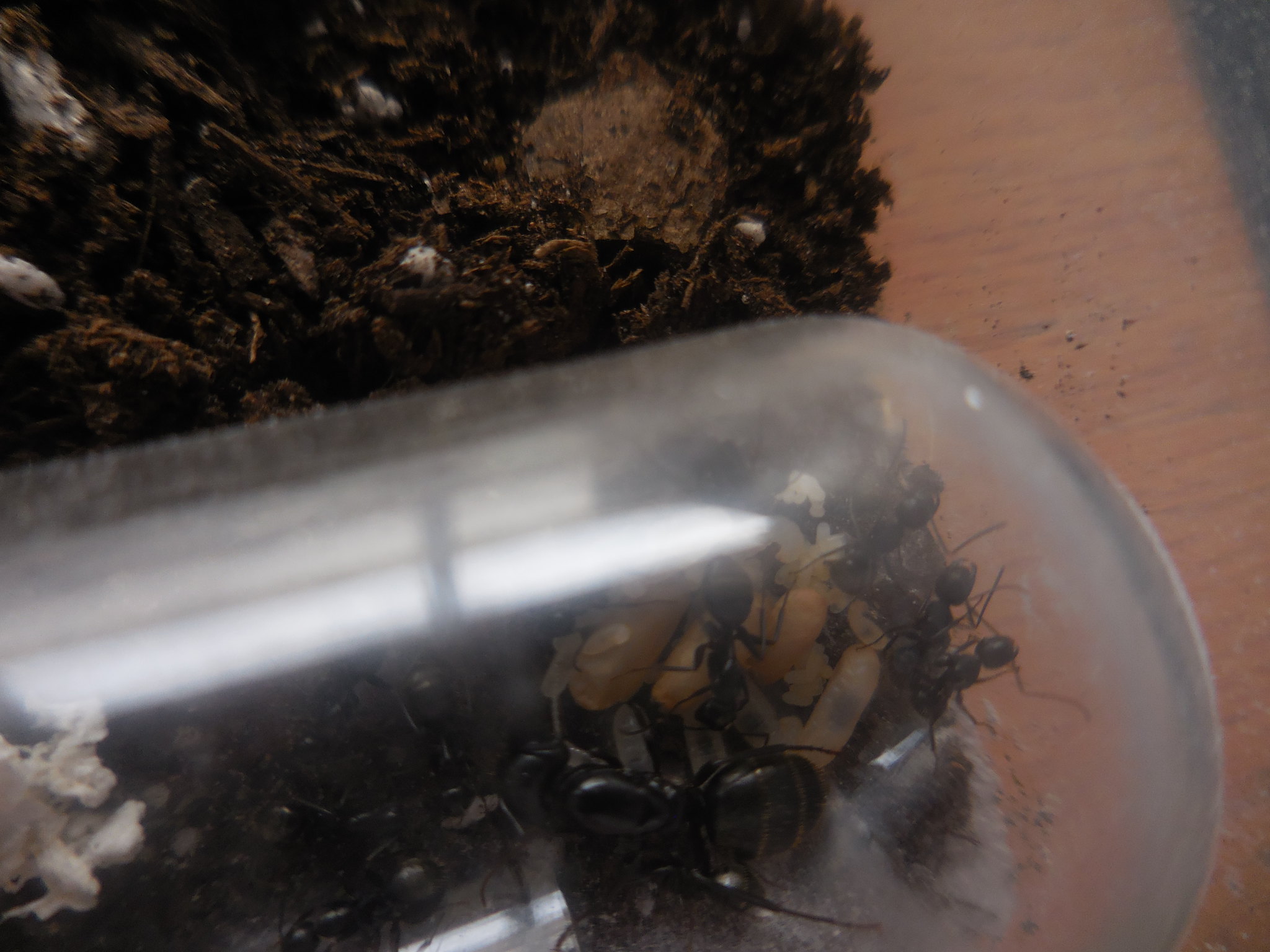 here is there VERY healthy brood pile the larvae in the center (the big one) is actually making a cocoon though its hard to see.
that raises them to 4 pupae tons of smaller larvae and many eggs.
Some of My Informative Sheets
https://forum.AntsCanada.com/viewtopic.php?f=37&t=19099
Includes :
Top 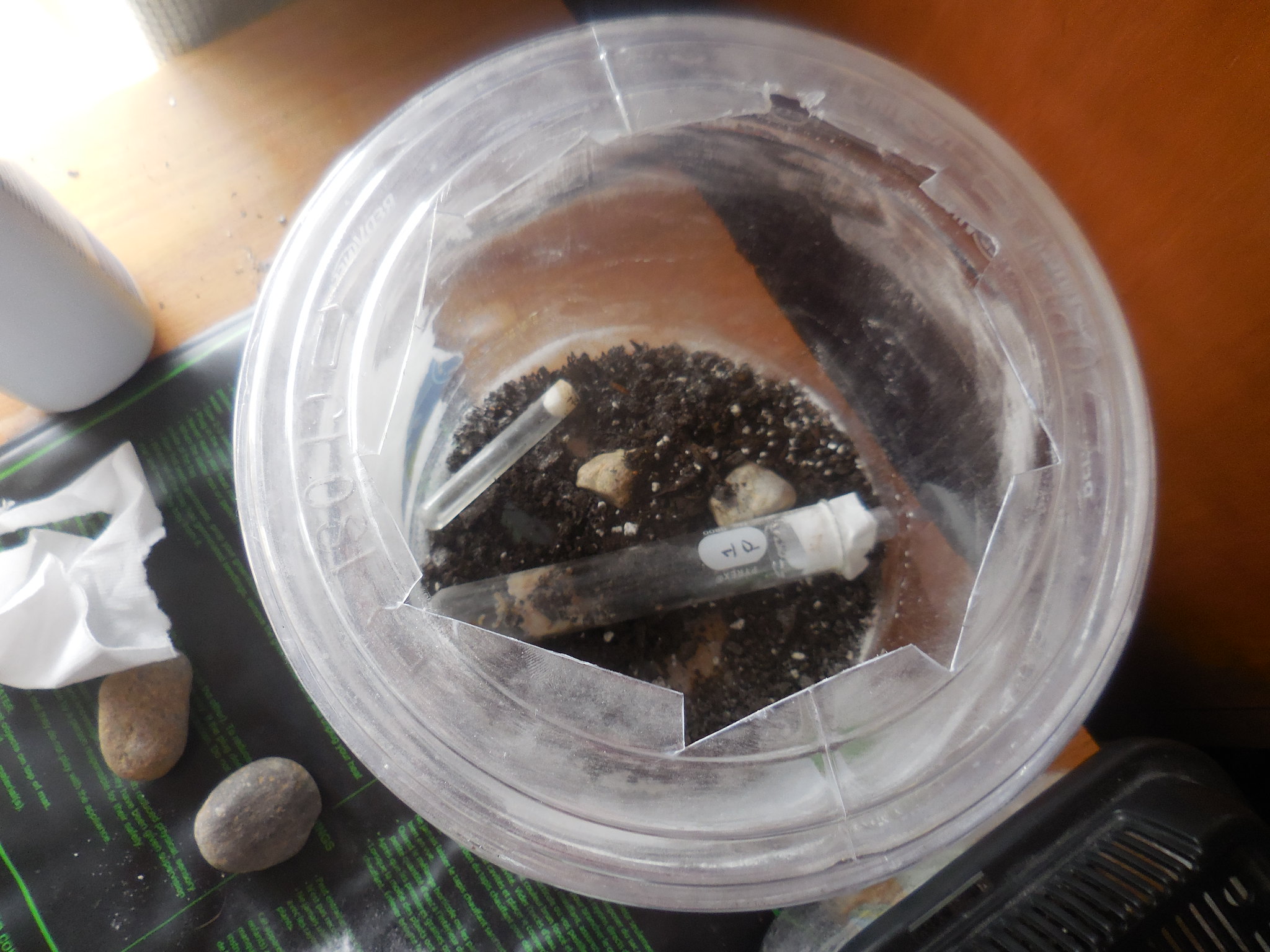 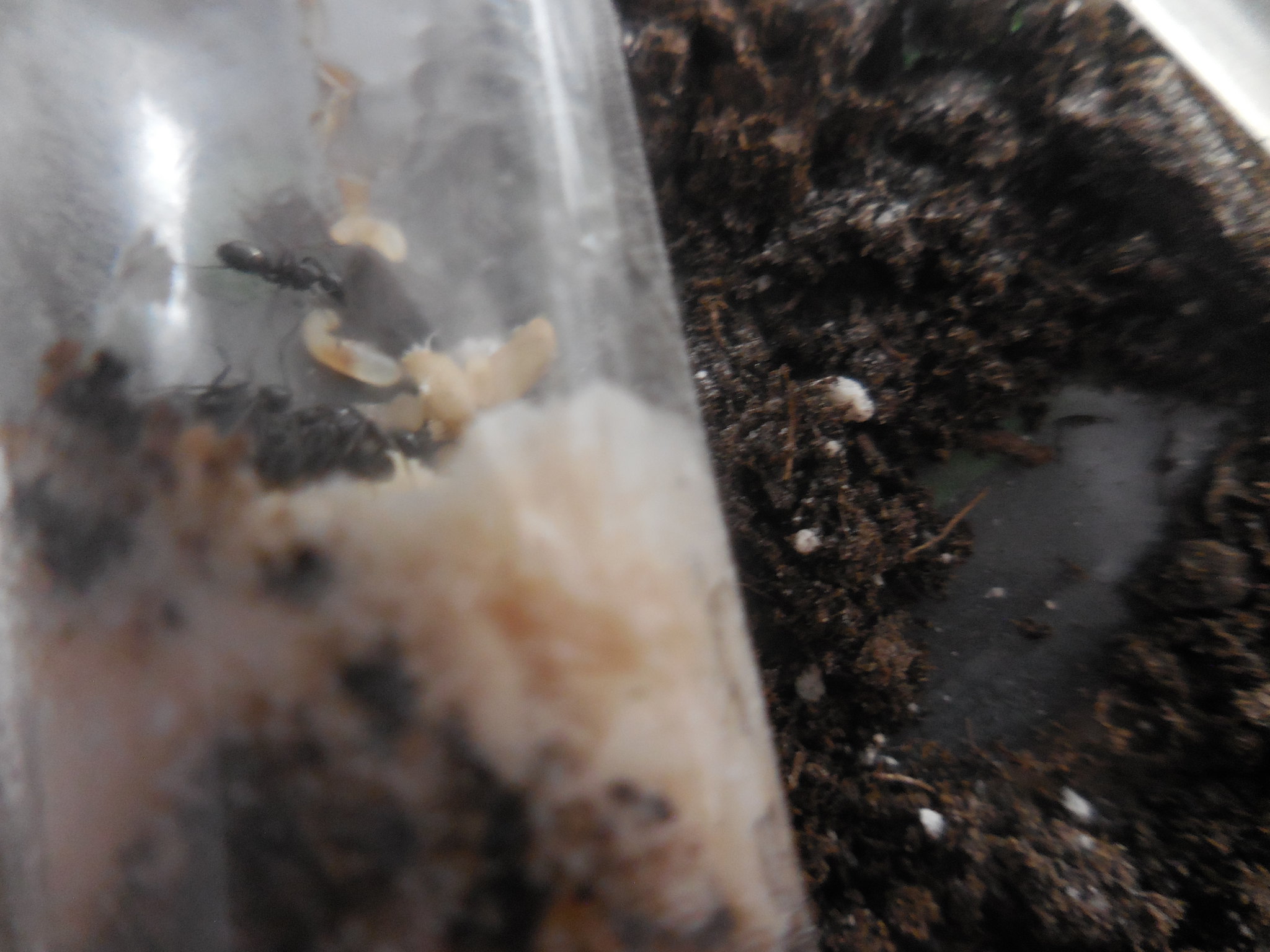