cool always fun when you get your first workers

The worker and the queen are going well! I gave them their first meal a couple of days ago, which was just a bit of honey on foil. They gobled that up super quick. Like really, in two minutes. And the honey droplet was the size of the queens head...

The worker has finished maturing into the dark orange her mother wears.

I also gave them a small out world, which all the food, honey water, and water closeup to the entrance. 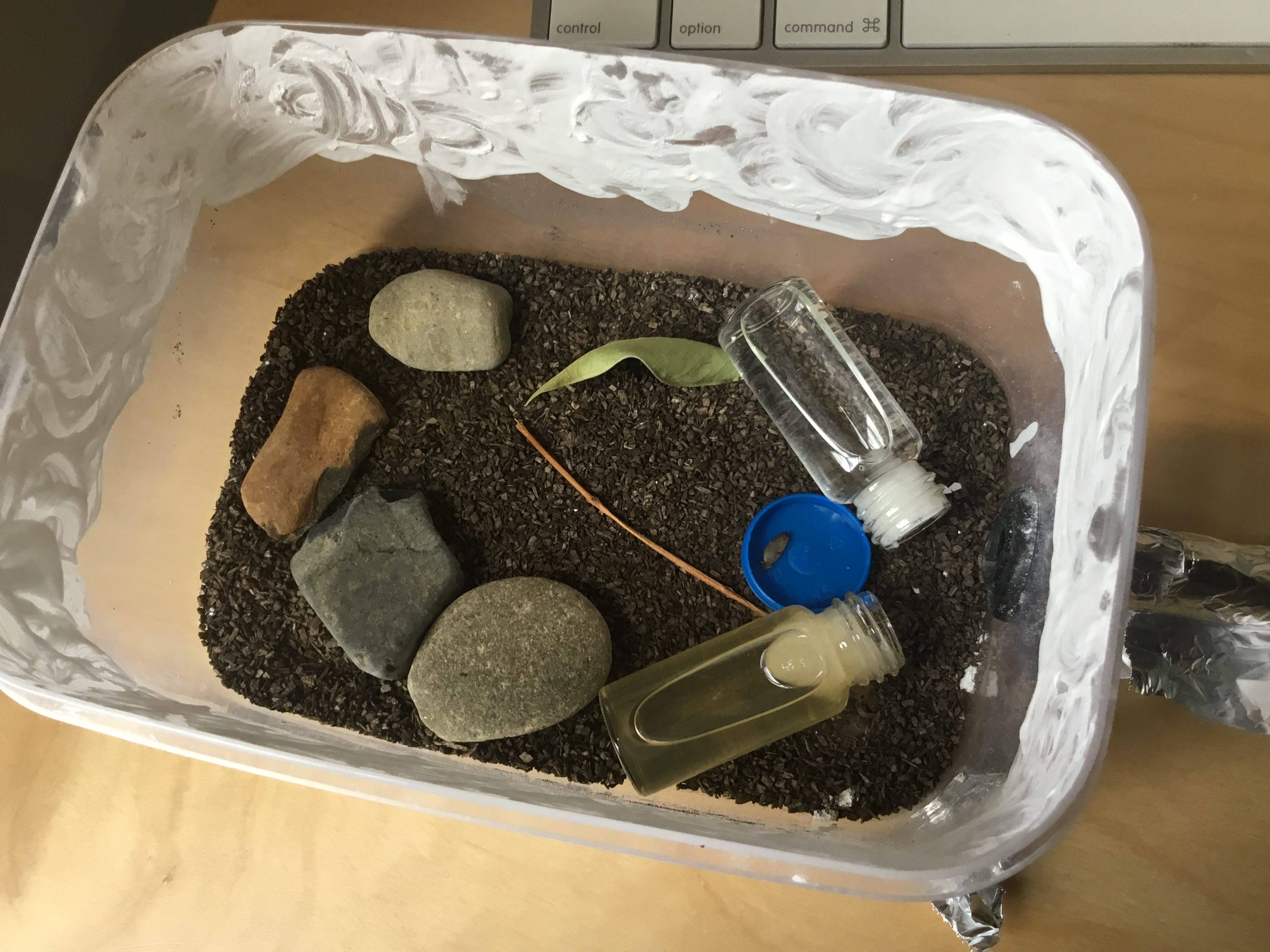 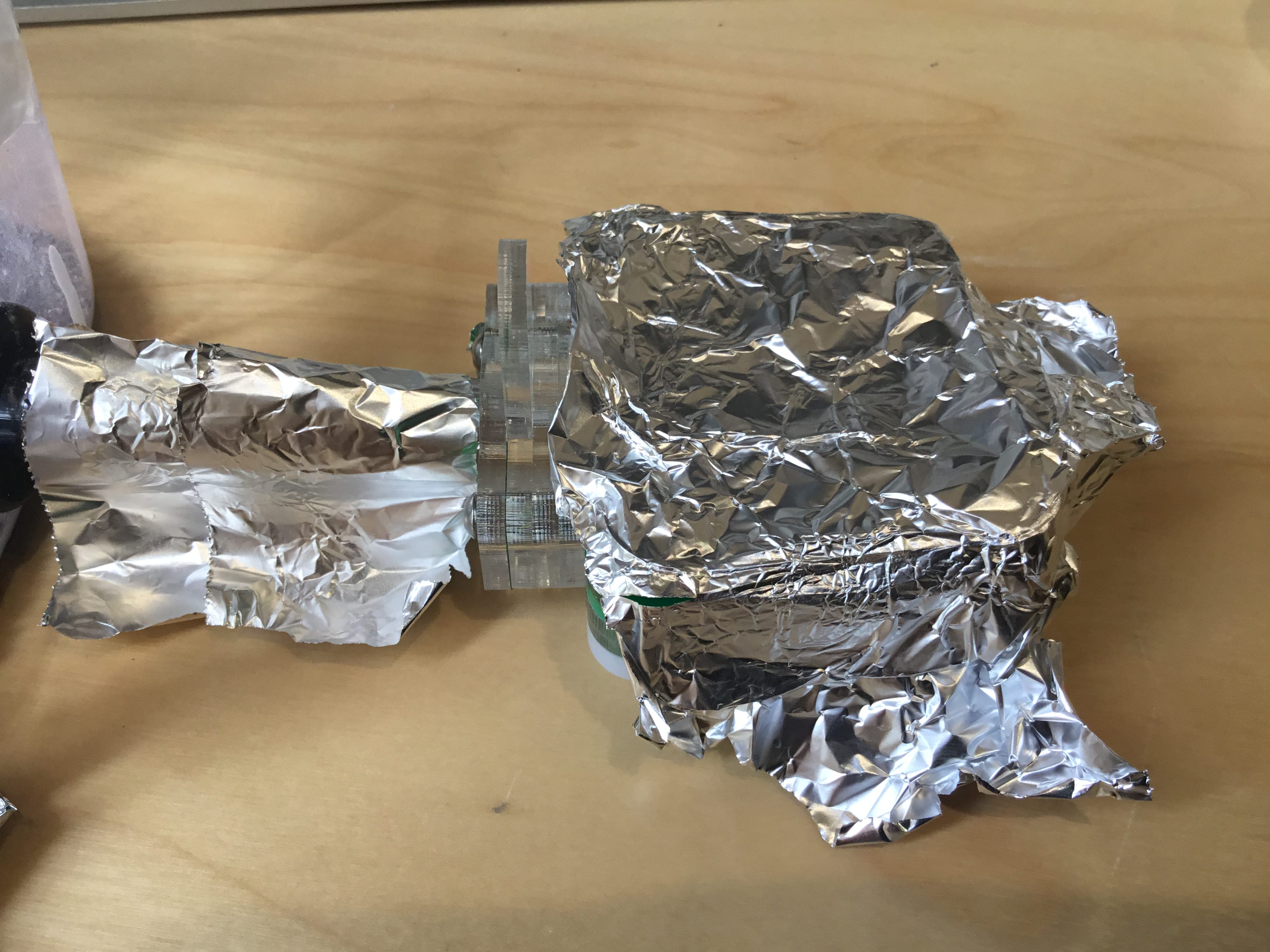 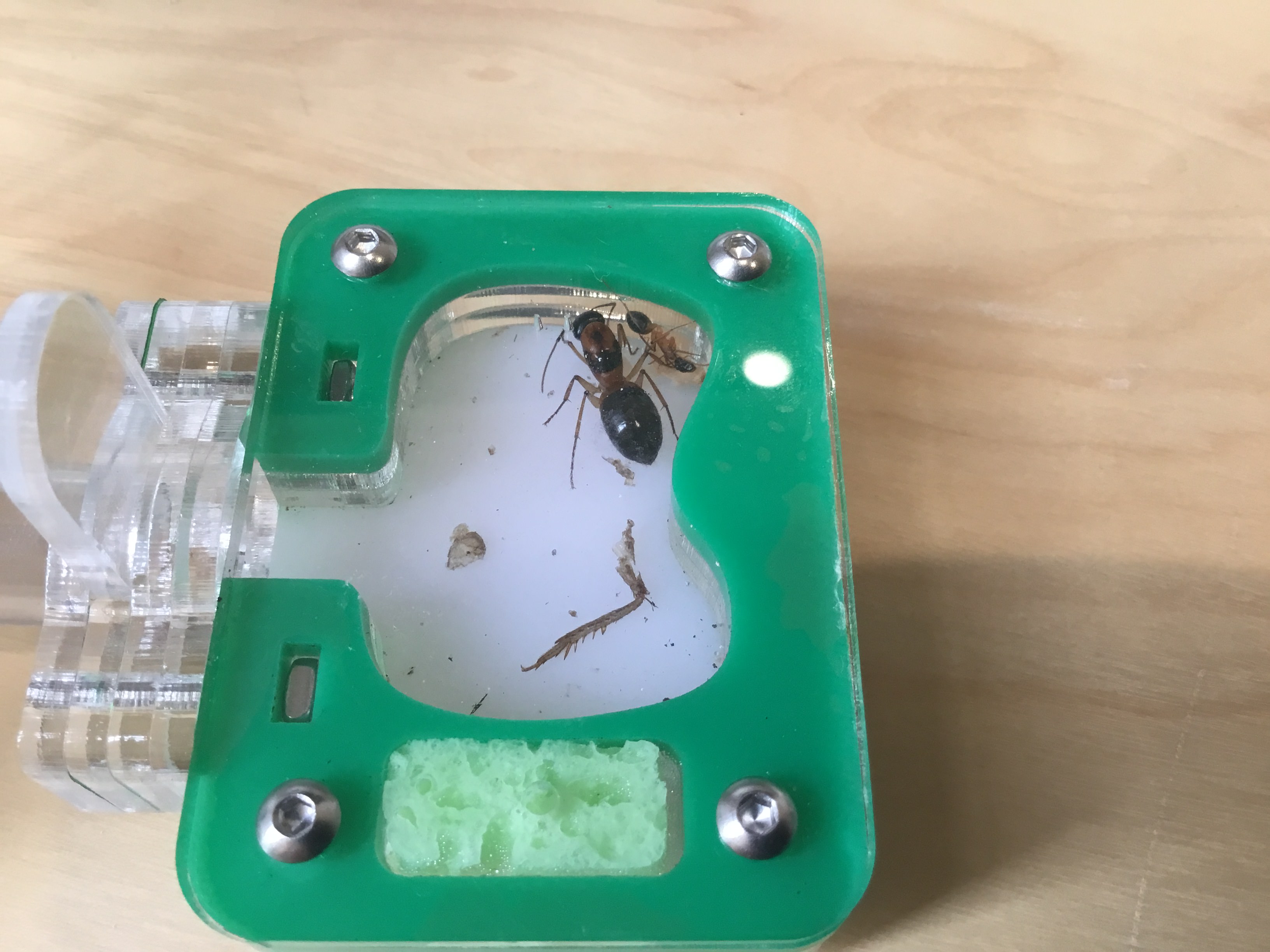 I am hoping that the two large larvae are able to mature into workers before winter. On that topic, does anyone know if Camponotus Consobrinus hibernate?

So that’s about it, until next Thursday!
https://www.youtube.com/channel/UCvjcyJWitRSztq51HziS0Dg

awesome setup where did you get the bottles?

The brood is developing really well, and the Queen and Worker are both looking fatter and healthier! There is now currently 2 Pupae, 2 Larave, and 2 eggs. I am really excited for the growth of the colony. The queen, as said before, is looking very much bloated, as her gaster exoskeleton is beginning to separate. 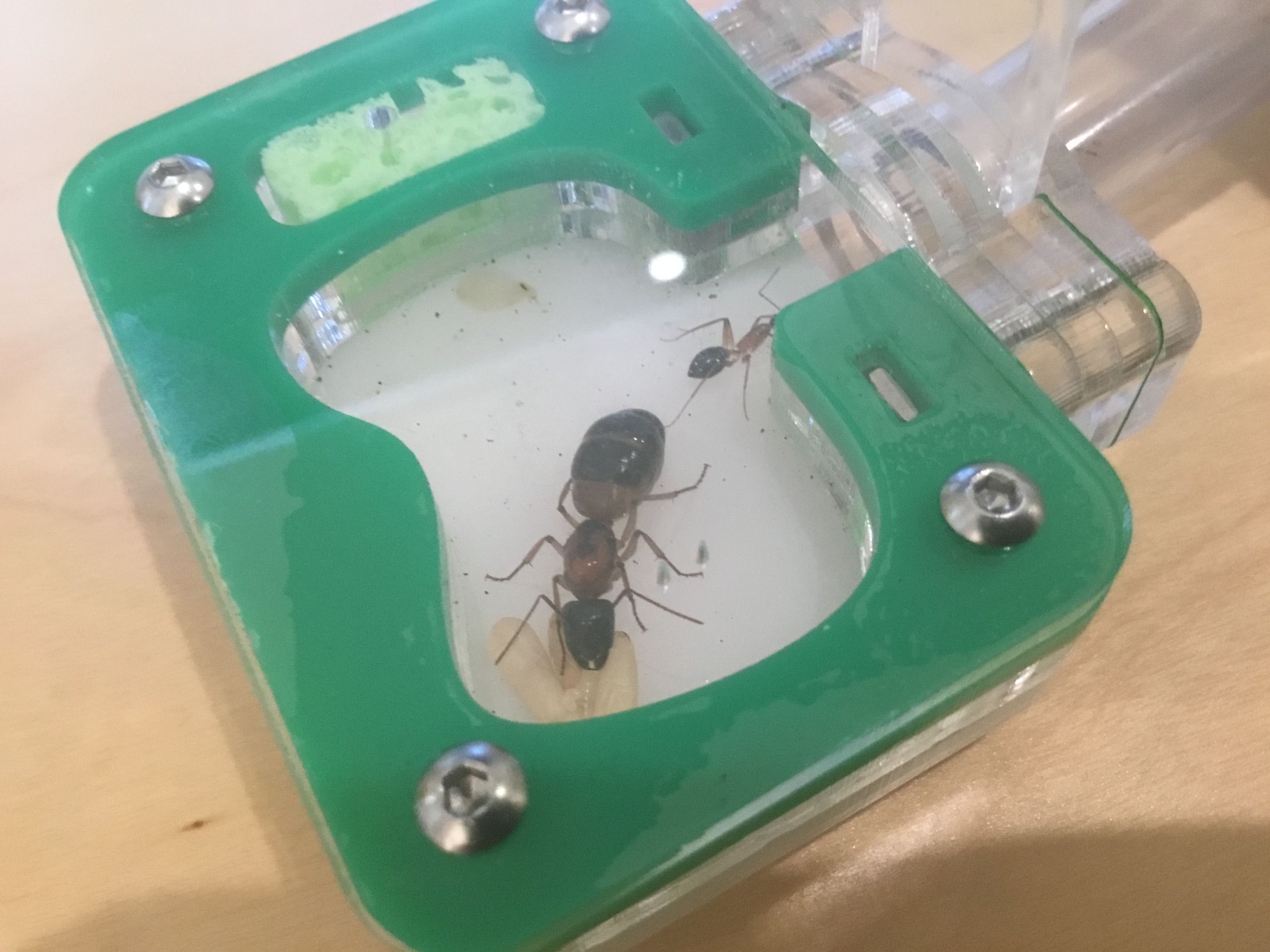 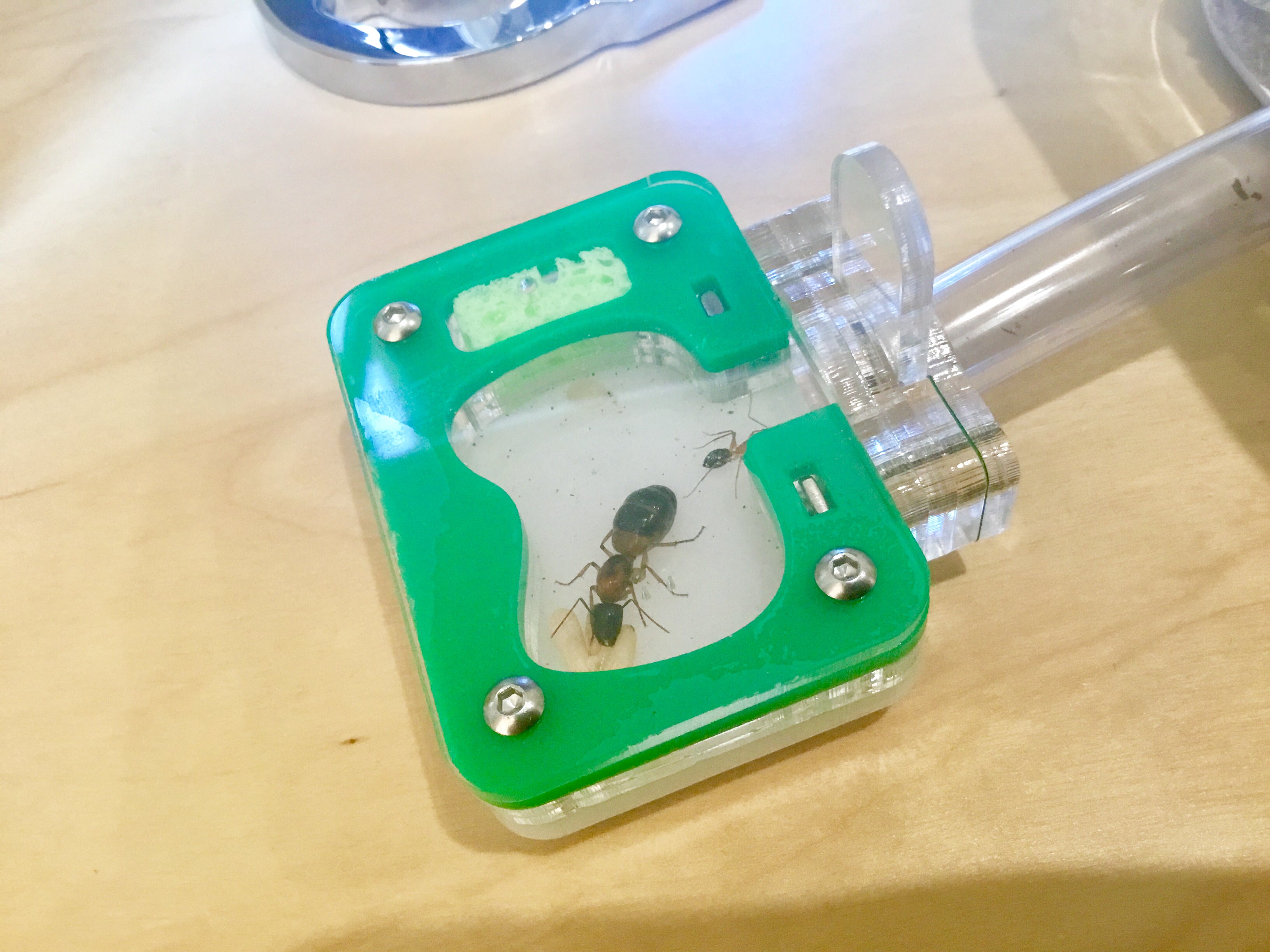 Well, that’s about it for this week, hopefully the brood keeps developing!

I got them from a local shop, would you like the link?

The queen and worker are both doing fine! They have continued to devour cricket legs and pieces of fruits, and have finally established a garbage pile. The queen has also laid some more eggs, and one of the larvae has pupated. I believe the brood count is as follows:

Now for the photos! 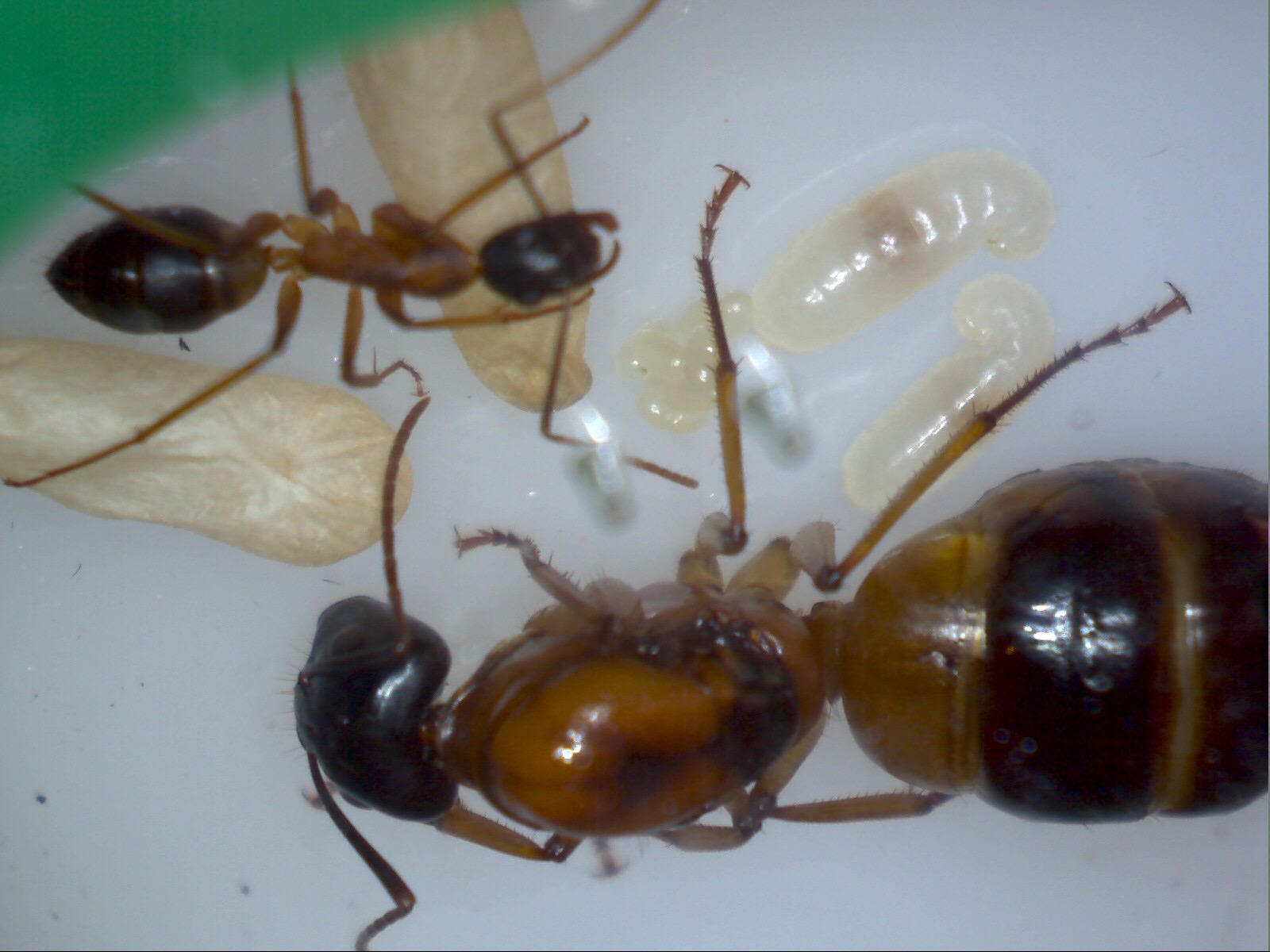 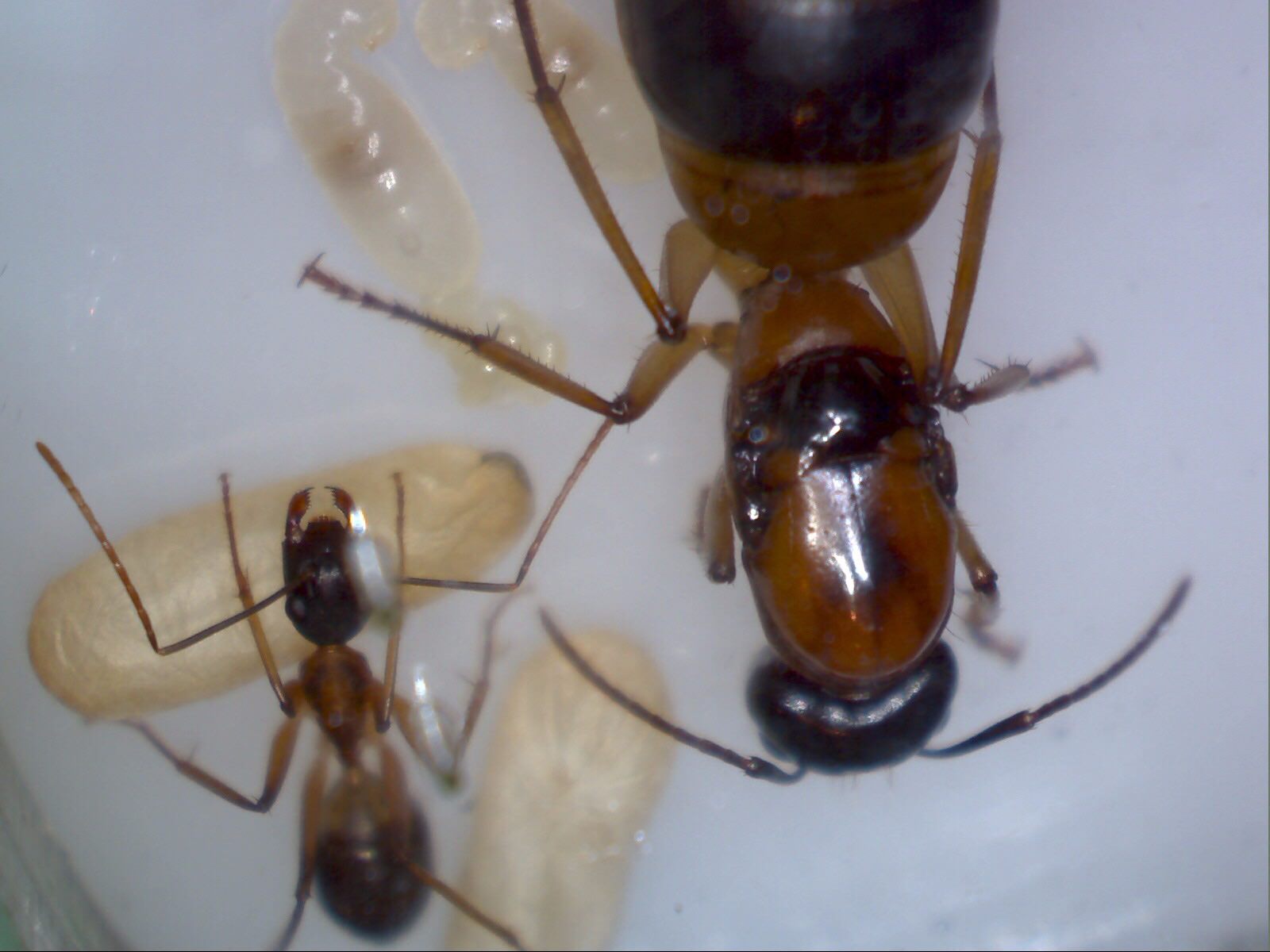 Sorry I missed last weeks post, but to repay all of you, here is a flashback to the queen with her first generation of workers. 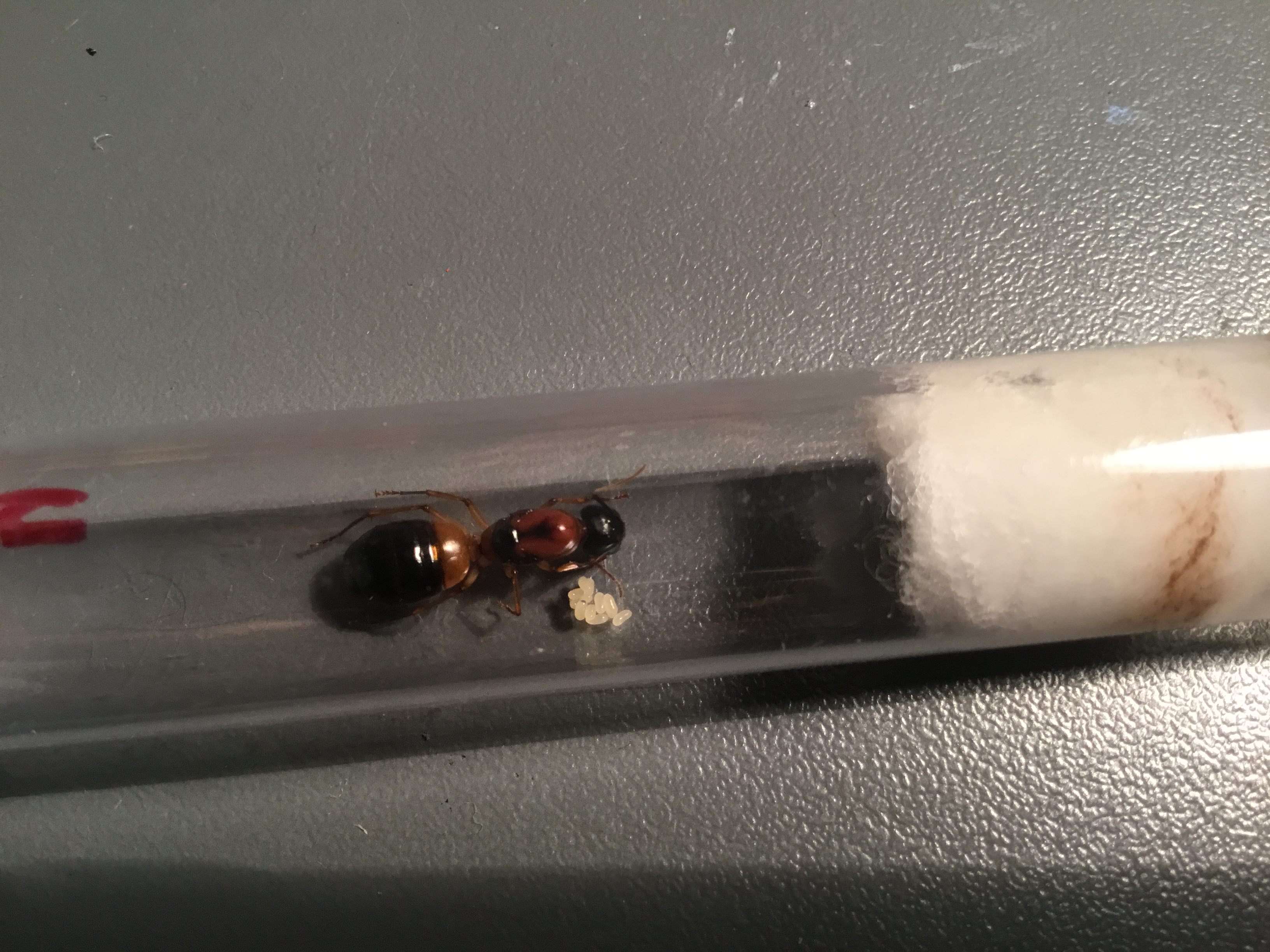 So that’s about it for this week. Once again, sorry for missing the post.

P.S - antnest8 - I will try to get the link to you later this evening.
https://www.youtube.com/channel/UCvjcyJWitRSztq51HziS0Dg

Answering the question from last week, most if not all camponotus spp hibernate so hybernation which should be in a few weeks time so prepare somewhere cool for them like a storehouse or fridge around 10-15 degrees celsius. And also i just subbed to your YT channel looks good to btw.

The colony is going well so far. We are still at 1 Worker, but the brood has been developing nicely, and we should have another 2 workers in the next 2 weeks. The 6 eggs from the last post have grown into larave, the larave from before are just about ready to pupate, and the pupae from last post are nearly ready to hatch. Apparently, Consobrinus grow super fast for a campo colony, so we should be seeing a population explosion soon. 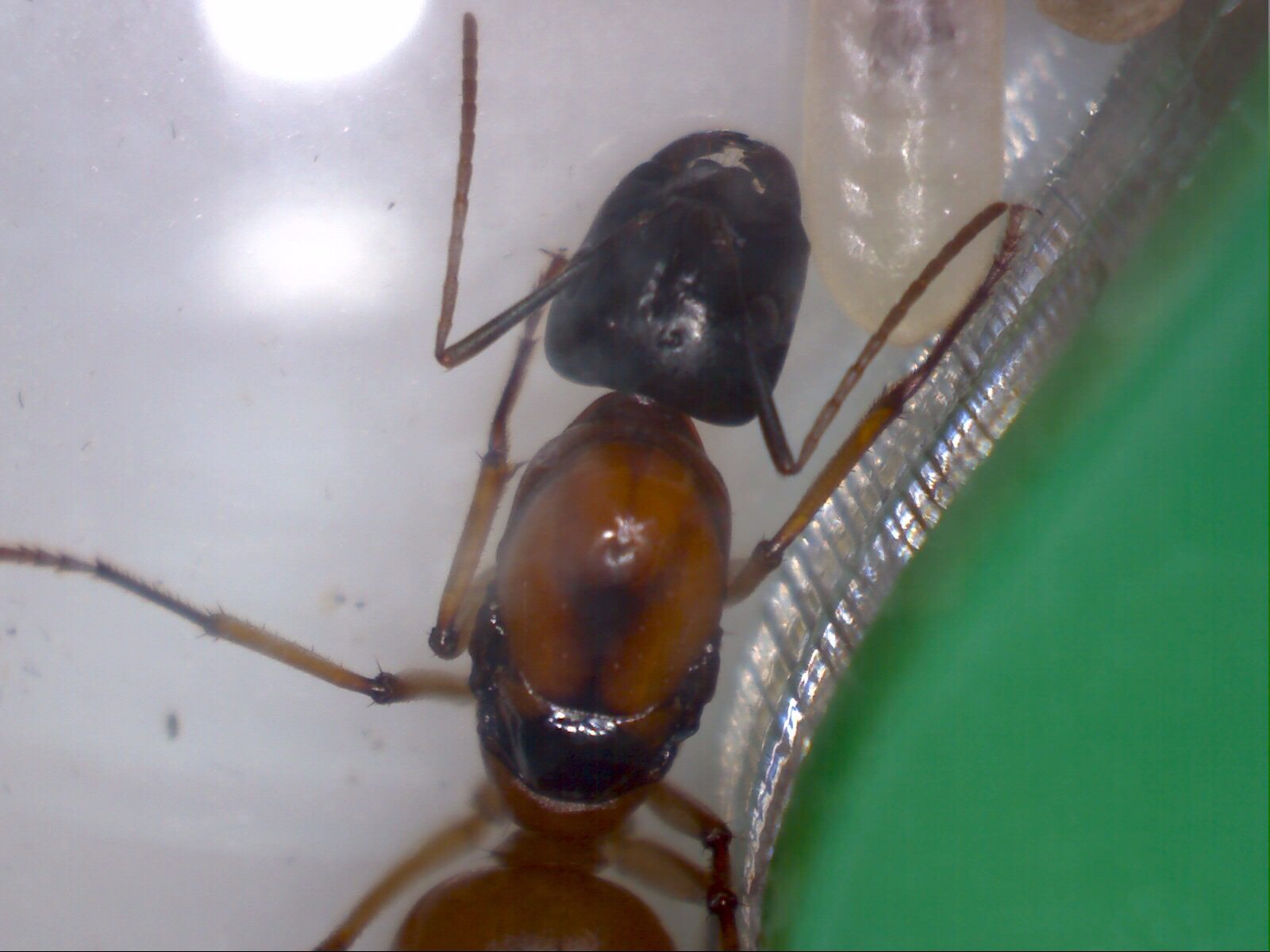 The Worker Plus Brood 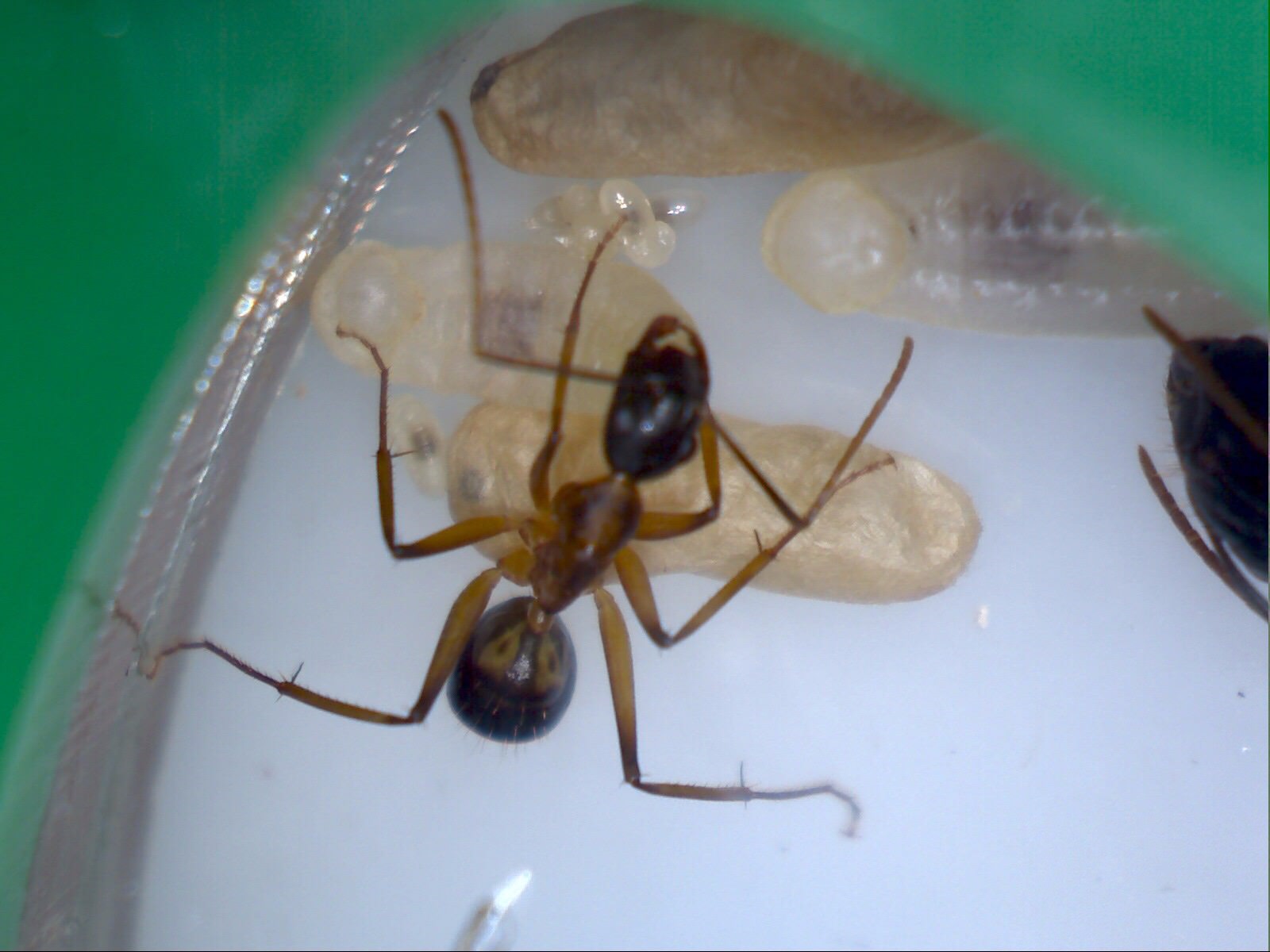 So, that’s about it for this week. I cannot wait for the two new workers to eclose!