This is my first ant colony. I believe it is Lasius Alienus. Queen caught June in Vancouver BC Canada.

They are still in a test tube setup but will be moving to a proper formicarium as soon as it arrives. The cotton ball is starting to get moldy but they refuse to move to a new test tube. I've tried exposing the old side to light and all the common tricks. Hopefully it will be ok until the formicarium is ready.

Their diet is 3-4 fruit flies every couple days. I've offered them honey, maple syrup, sugar water but to be honest I never really see them drinking any of it. I'm sure they probably do though. I use a aluminum foil plate to keep the test tube clean.

My daughter has named her Queen Foodie. Not sure why, but it stuck. 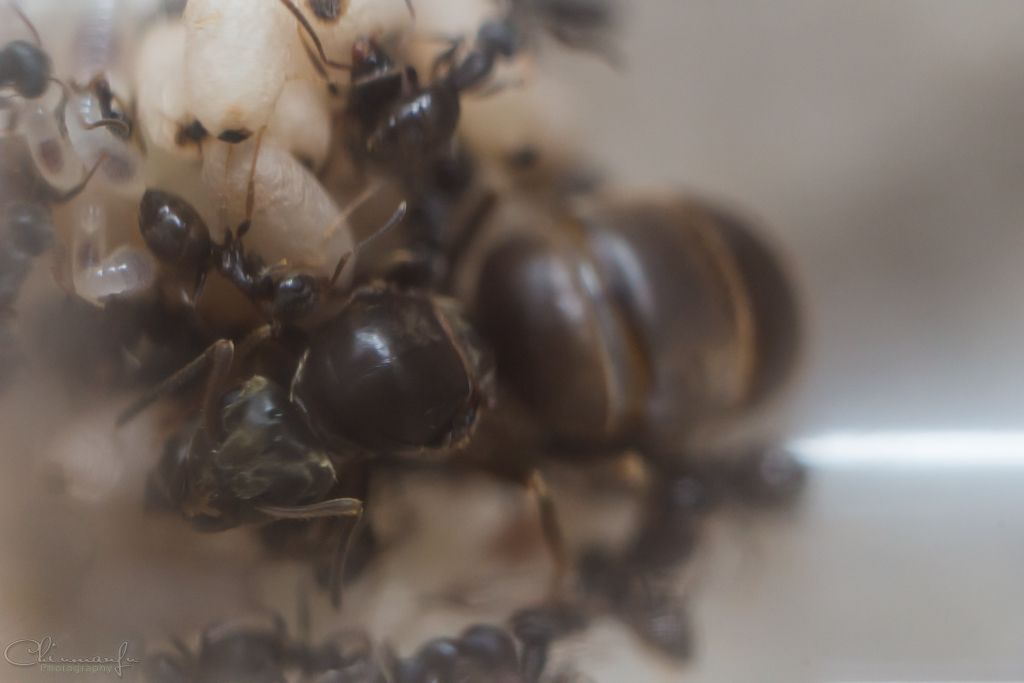 There's roughly 30 workers and too much brood to count. 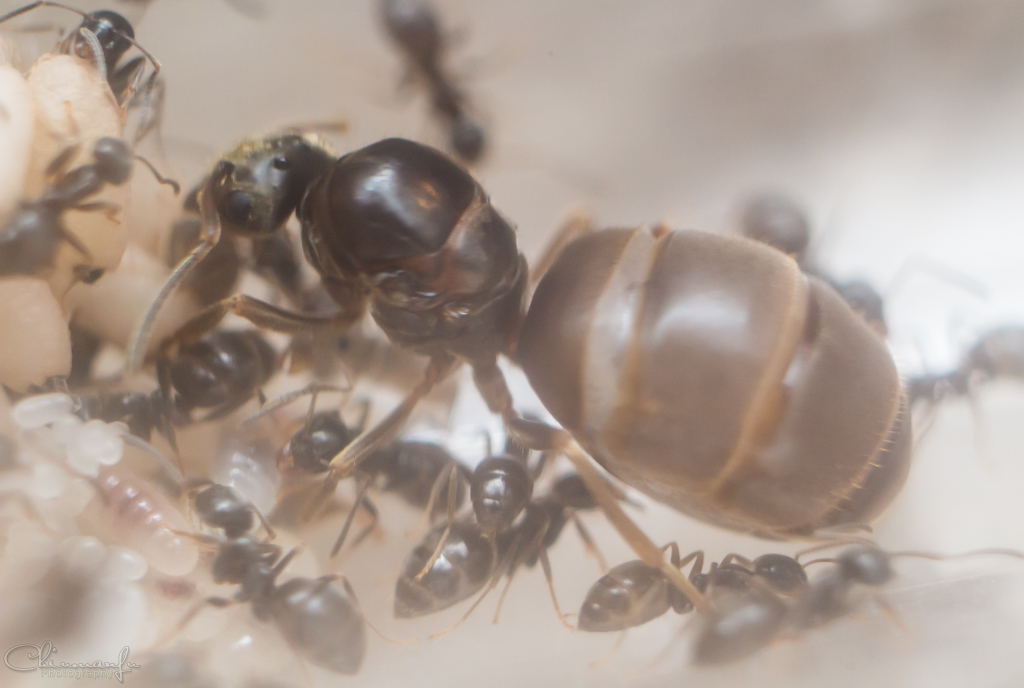 Lots of pupa ready. Looks like I'm going to have population boom right before hibernation time. I was keeping the test tube in a shelf above the hot water heater but I think I'll move it to a spot closer to room temperature so they can acclimate before winter. What do you think? 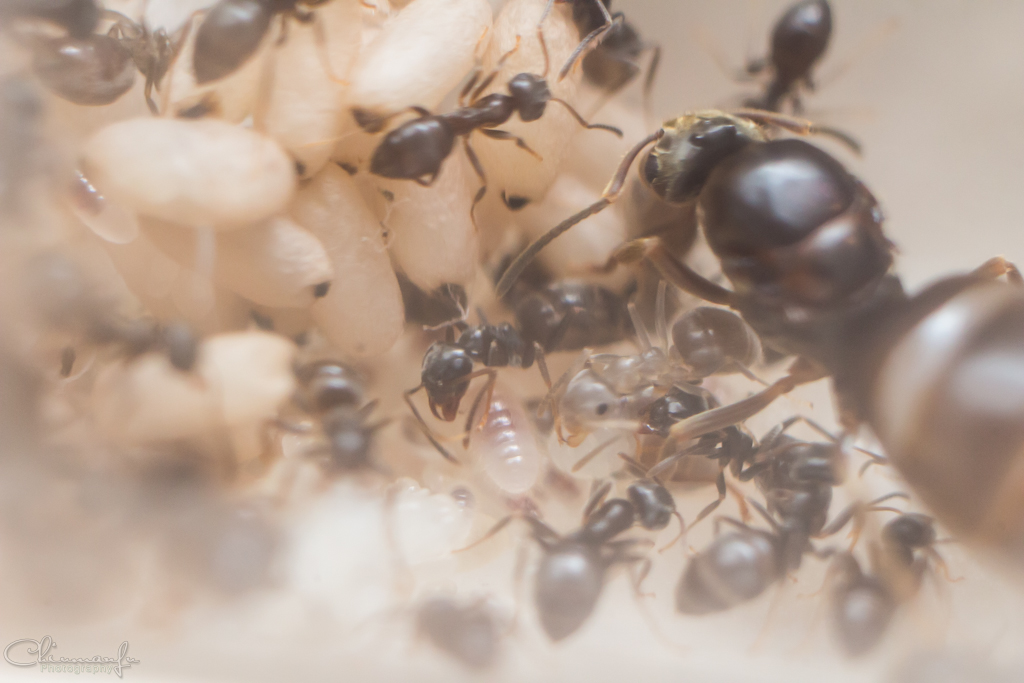 Lately they have been wrapping the pupa in cotton (I think). Is this normal behavior? 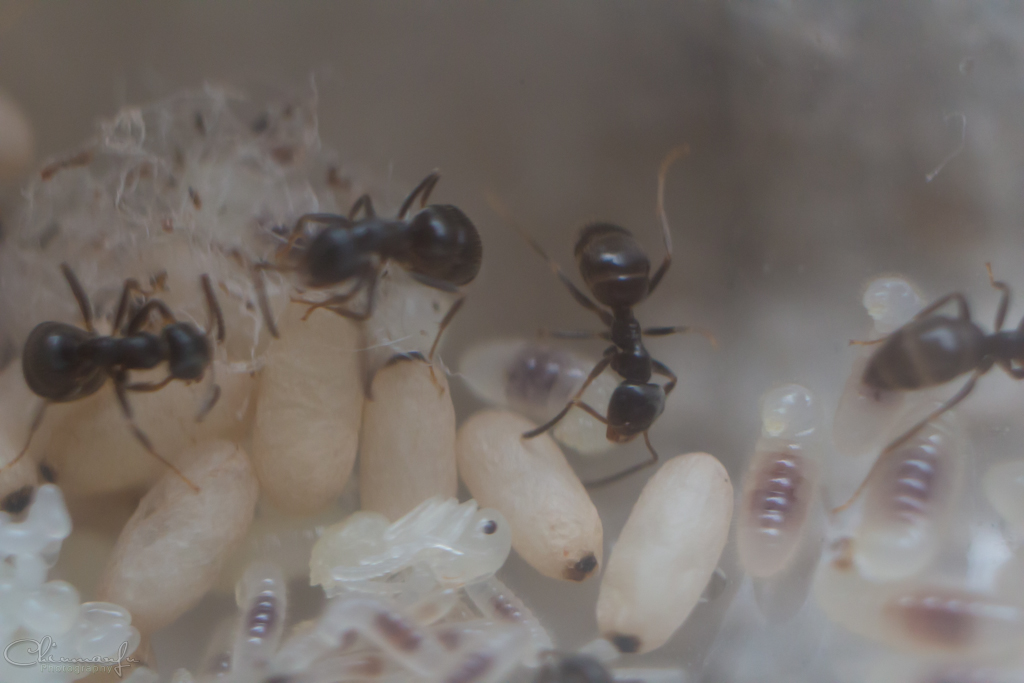 Is this where the eggs actually hatch from? 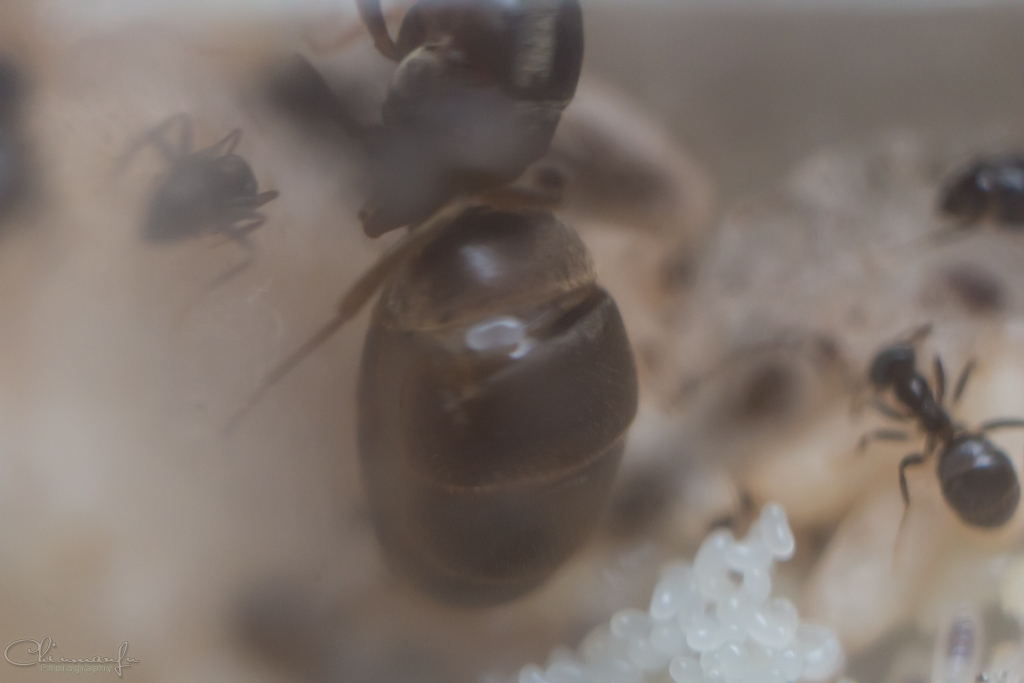 Macro photography setup is nothing special really. Canon SL1 DSLR with a Canon 40mm prime lens. 68mm of stacked extension tubes. Yongnuo YN565EX flash in ETTL mode, pointed at the ceiling. 1/200 shutter speed, 1600 ISO, F7.1 aperture. Focus close to infinity and move the camera back and forth to fine tune the focus. The depth of field is so shallow that this is really the only way to do it.
Top
Post Reply
1 post • Page 1 of 1